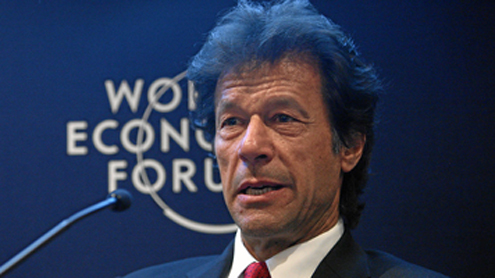 The decision comes days after the World Health Organisation (WHO)  eclared Peshawar the world’s largest reservoir of polio. The plan involves around 12,500 PTI volunteers who will carry out the drive in Peshawar district and  will later cover other districts of Khyber-Pakhtunkhwa (K-P) as well.

“Volunteers will raise public awareness against nine diseases, including polio, dengue and measles,”  said PTI’s focal person for polio and city district president Younas Zaheer, adding their initial focus is on Peshawar following the WHO report.

Zaheer said the volunteers will initially be trained to assist health department officials in the  campaign. He added 100 to 150 volunteers will offer their services at each union council level after  being administered proper training, saying PTI Chairman Imran Khan will inaugurate the awareness campaign on January 26.

PTI Provincial General Secretary Khalid Masood told The Express Tribune the party has decided to fully support the health department to not only eradicate the poliovirus, but also to help inform people against other diseases. “We will help the public guard itself and take precautionary measures against deadly diseases,” he said.

Four more polio cases were reported from Pakistan on Sunday, taking the toll for the year to five. The National Institute of Health, Islamabad has confirmed the cases – all from North Waziristan.

According to the institute, the infected children had not received any dose of oral polio vaccines as vaccination has been banned in North and South Waziristan for almost 18 months now. The day when the last polio case was reported in North Waziristan Agency, WHO declared Peshawar the  largest reservoir of the virus, with around 90% of Pakistan’s cases genetically linked to the city. tribune