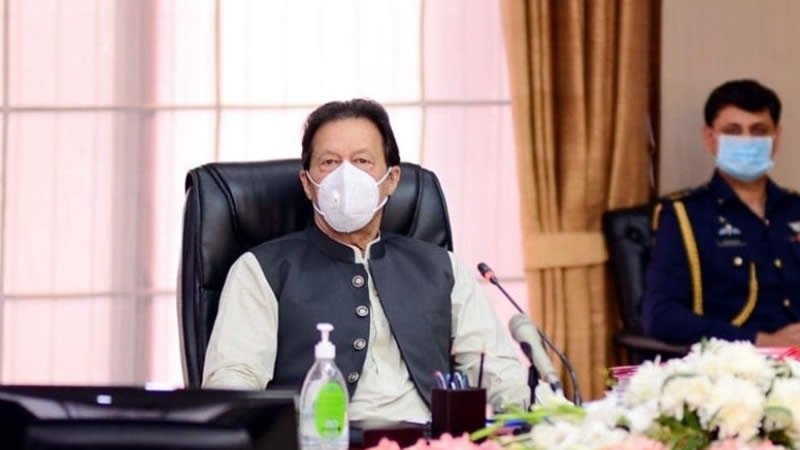 A source in the Prime Minister Office (PMO) told Dawn that PM Khan had directed that security staff of ministers and other VIPs should be reduced to two officials.

According to media reports, the prime minister took the action after a video of the security detail of Minister of State for Information Farrukh Habib went viral on social media.

Information Minister Fawad Chaudhry while talking Dawn said he did not know why the prime minister took notice.

The minister was of the view that protocol and security of federal ministers was already quite thin.

The source said Prime Minister Khan was also quite concerned about the heavy security protocol of chief ministers and governors.

It has been learnt that Mr Khan had once questioned the security protocol of President Arif Alvi when the latter arrived at the Parliament House and was received by him.

A senior official of the PMO said Prime Minister Khan usually spoke for a few minutes before the start of the federal cabinet meeting, and in the last meeting on Tuesday, he talked about VIP protocol and security being extended to federal ministers.

He quoted the prime minister as saying “the security and protocol of ministers must be curtailed and reassessed according to requirement”.

The prime minister had also announced last Tuesday that he would no longer go to any private function with protocol and security “to save taxpayers’ money and avoid inconvenience to the public”.

In a tweet, Mr Khan said he was also reviewing the protocol and security available to ministers, governors and chief ministers belonging to the ruling Pakistan Tehreek-i-Insaf (PTI) and “decide how we can minimise expenditure and end public inconvenience”.

He said the federal cabinet would come up with a comprehensive policy in this regard next week.

“We will put an end to colonial legacy of pomp and glory used to overwhelm people,” the prime minister wrote.

Before coming to power, Imran Khan routinely opposed VIP movements and security protocols, and launched a campaign to adopt austerity and lead a simple lifestyle after being elected the prime minister.

It may be mentioned here that the prime minister had paid a surprise visit to several public places in Islamabad in May “without any security and protocol”.