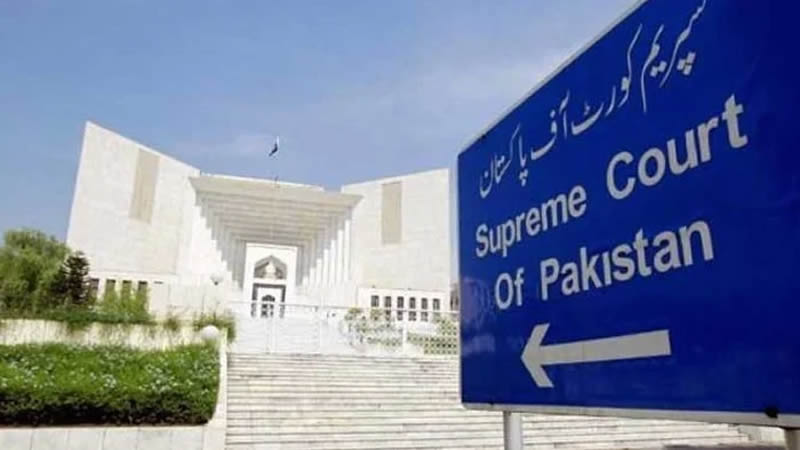 The Supreme Court has sought explanation from the federal government over news reports about Prime Minister Imran Khan’s announcement to issue Rs500 million development grants to each lawmaker ahead of the Senate election.

A two-judge bench, comprising Justice Qazi Faez Isa and Justice Maqbool Baqar, on Wednesday took notice of a news report and an editorial published respectively on January 28 and February 1 in a newspaper about the development grants.

The court directed its office to issue notices to the federal government through the cabinet secretary or principal secretary to the prime minister, Ministry of Finance secretary and all provincial governments through their respective chief secretaries and secretary finances.

The bench asked them to submit their respective responses and replies with regard to the PM’s alleged announcement. The court also issued notices to the Attorney General for Pakistan (AGP) Khalid Javed Khan and all provincial advocate generals

In its order, the court noted that apparently neither the news report nor subsequent editorial comment were denied or contradicted by the federal government or the prime minister.

The bench reproduced relevant paras of the Supreme Court’s Dec 2013 verdict which declared that the Constitution does not permit the use or allocation of funds to parliamentarians and provincial assembly lawmakers or notables at the sole discretion of the prime minister (PM) or chief ministers (CMs).

“If there is any practice of allocation of funds to the MNAs [Members National Assembly] or the MPAs [Members Provincial Assembly] at the sole discretion of the PM or the CM, the same is illegal and unconstitutional .

“The government is bound to establish procedure/criteria for governing allocation of such funds for this purpose,” says the SC verdict authored by former chief justice Iftikhar Chaudhry over allocation of discretionary fund by former prime minister Raja Pervaiz Ashraf.

After reproducing the relevant paras of that ruling, the bench referred to clause (2) of Article 5, which mandates that obedience of the Constitution and the law is the inviolable obligation of every citizen.

Interestingly, the court also referred to clause (2) (a) of Article 204 of the Constitution which empowers this court to take action against any person who disobeys any order of the court and the oath of office of judges requires them to preserve, protect and defend the Constitution.

The bench asked AGP Khalid Javed Khan, who was present in the courtroom, to give advice as to whether the distribution of public funds is in accordance with the Constitution.

The court also asked him if the federal and provincial governments had handed over or intended to hand over funds to the legislators or carried out development works identified by them.

The AGP said he needed time to ascertain facts in this regard. However, he stated that he will not countenance anything against any provision of the Constitution and the SC judgment. The bench noted that they want to know answers to the questions raised in the order.

The order made it clear that depending on the replies, the matter may be concluded. However, the court may also decide to proceed further or if it finds that the government functionaries’ responses are not in accordance with the Constitution and the SC judgment.

“If we come to the latter conclusion, the matter will be referred to the Chief Justice of Pakistan for constitution of a bench for determination thereof,” the order said. Hearing of case is adjourned till February 10.