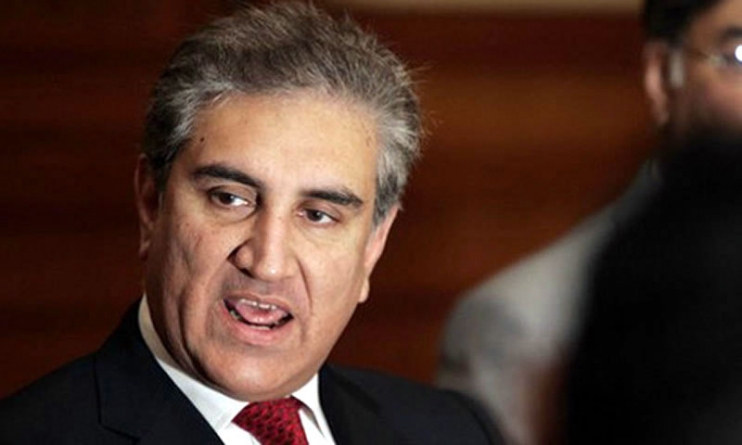 Foreign Minister Shah Mehmood Qureshi explained the government’s four-point strategy over dealing with India on Monday and emphasised that in a changing world, there would have to be a greater reliance on national strength rather than looking towards international structures.

Participating in a webinar on “Annexation of Occupied Jammu and Kashmir: Lessons for Regional Security”, organised by Islamabad Policy Institute (IPI), the foreign minister said there was a “new world, brave or grave, that is upon us, and with which we have to contend.

“This world is more uncertain, less predictable, and for these reasons, perhaps more dysfunctional.”

While emphasising that “the buffers and support systems of international organisations and international law” had not come up to expectations, Mr Qureshi said countries would have to depend on their own strengths rather than looking towards those structures.

Explaining the government’s strategy on dealing with India’s expansionist designs, he said a four-pronged strategy was being pursued. It entailed confronting, exposing and pushing back against New Delhi’s intentions; deterring it through military preparedness, conflict resolution and confidence-building; and not being distracted by India’s actions and continuing with regional integration projects through participation in the China-Pakistan Economic Corridor, the Shanghai Cooperation Organisation, and the Economic Cooperation Organisation. Efforts were being made for revival of the South Asian Association of Regional Countries, the foreign minister added.

Dr Shireen Mazari, Minister for Human Rights, listed the areas in which she believed diplomacy was lacking.

She had last week railed against the Foreign Office over its handling of the Kashmir issue. Dr Mazari said there was more focus on the political dynamics rather than looking at it from a wider spectrum. She suggested the sufferings of women and children in India-held Kashmir be highlighted aggressively.

“We have not appealed enough to women’s organisations on the plight of Kashmiri women,” she maintained.

Dr Mazari contended that India was moving up the escalation ladder, committing actions in Kashmir that amounted to genocide, and therefore the threat of war was getting more imminent. The impact of a conflict, she warned, would not remain limited and affect others in the neighbourhood as well because of “unintended consequences”.

She proposed pursuing the model of ‘Good Friday Agreement’ in 1998, which brought together all parties to the conflict in Northern Ireland and ended decades of violence, as a possible approach for resolving the Kashmir dispute.

The webinar was attended, besides Pakistanis, by scholars and think tank representatives from India-occupied Kashmir, China, Iran, Turkey, Bangladesh and Nepal.