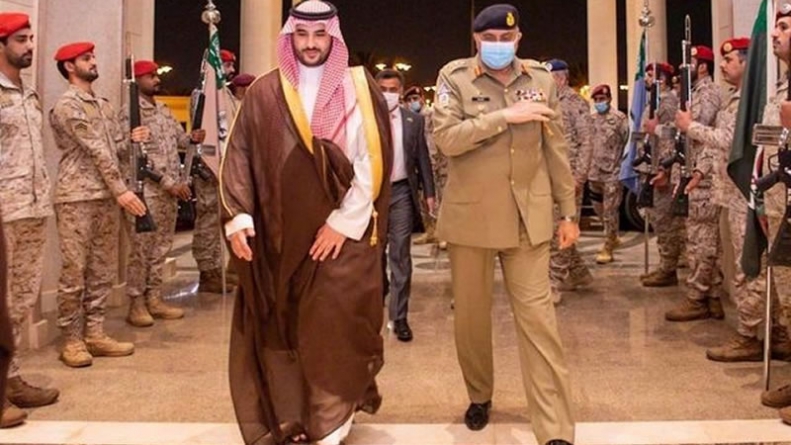 Chief of Army Staff General Qamar Javed Bajwa held talks with the Saudi military leadership on Monday, which focused on military-to-military ties, including training exchanges, the Inter-Services Public Relations (ISPR), said in a statement on Monday.

The ISPR said he was received by Gen (Staff) Fayiadh bin Ha’med Al-Rowaily, Chief of General Staff, adding that the COAS was presented a guard of honour at the Saudi ministry of defence.

Gen Bajwa’s visit was announced last week during a press conference by the ISPR Director General Maj Gen Babar Iftikhar. “As far as the army chief’s visit is concerned, it was pre-planned. It is basically linked to military-to-military relationship. There is no need to go further into it,” he told reporters.

Maj Gen Babar, while reaffirming Saudi Arabia’s “centrality” to the Muslim world, also said that “this [Pakistan-Saudi] relationship is historic, very important and excellent, and will remain excellent. There should be no doubt about it.”

“Nobody can doubt the centrality of Kingdom of Saudi Arabia to the Muslim world,” he said, adding that the “hearts of the Pakistani people beat with Saudi Arabia” and therefore there was no need to raise any questions about their ties.