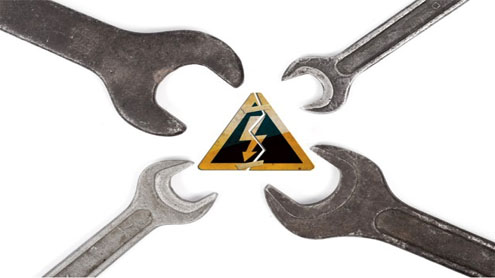 ISLAMABAD: Failure to honour its financial commitments to Independent Power Producers (IPP) has led to the first-ever sovereign default by the government in Pakistan’s history.

The default on sovereign guarantees – assurances the government provides to foreign investors – may not only unnerve the financial markets, but also downgrade the government’s creditworthiness, making it more expensive to borrow money.“Today, the government of Pakistan has committed a sovereign default for the first time in the history of the country”, announced the IPPs Advisory Committee here on Tuesday.

“The government has defaulted on payments of roughly Rs45 billion to nine IPPs that generate 1,700 megawatts of electricity”, said Abdullah Yusuf, Chairman IPP Advisory Committee while talking to The Express Tribune.  These nine IPPs started operations in 2004 and their total receivables amount to almost Rs232 billion.

Yusuf said the IPPs will go to the Pakistani courts.“The default is a very serious matter and carries negative implications for the country”, Yusuf added.Officials from the Finance Ministry refused to comment and the Federal Minister for Water and Power was not available for comments, despite repeated attempts.

Despite clearing payment backlog in two attempts, the government has been unable to resolve the circular debt in the energy sector in the last four years. While the government is reluctant to disclose the exact size of the circular debt, some estimates suggest it is above Rs400 billion.The sovereign default could result into further downgrading of Pakistan’s credit rating. Meanwhile, local banks have an exposure of Rs120 billion to the power sector and the default may also affect their balance sheets.The IPP advisory committee said that some other power producers, currently operating under the 1994 policy, may also invoke sovereign guarantees.

The government had come to the brink of a sovereign default earlier in September 2011, when nine IPPs invoked government guarantees after the amounts due to them had reached phenomenal proportions.The IPPs had already utilised all of their working capital limits and plant closures looked imminent, the advisory committee said.The government, however, asked the IPPs to withdraw their call on guarantees and in turn offered an interim arrangement.

Under the “Settlement Agreement,” the government proposed that as long as the CPPA did not clear the overdue amount, it would not impose penalties on IPPS for less-than-agreed upon production.The government had also agreed to clear all dues by October 15, 2011.The IPPs accepted this arrangement and withdrew their notices but the government defaulted even on this settlement agreement and did not clear the dues, the advisory committee said. – Thetribune