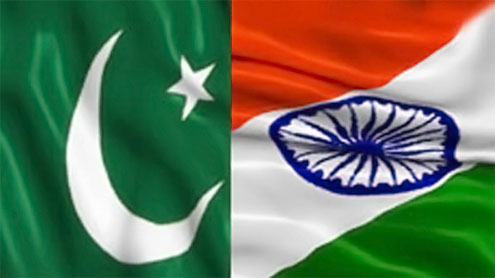 ISLAMABAD: Pakistan and India are expected to sign a revised visa agreement making liberalised provisions for businessmen when the Home and Interior Secretaries of the two countries meet for talks in Islamabad later this month, Indian High Commissioner Sharat Sabharwal said on Tuesday.

“We have an agreed revised visa agreement-agreed to by the two interior ministries-which provides for liberalised provisions for businessmen, amongst others, Press Trust of India reported.It’s our hope that it will be signed by the end of this month when our Interior and Home Secretaries meet,” Sabharwal said during a conference of businessmen of the two countries in Lahore.India had simplified its visa regulations and decisions on all applications were being made in about 30 days, he said while responding to remarks by businessmen.

“We were insisting on a number of documents and so on, we have simplified that. You will see these simplified provisions on the Indian High Commission’s website over the next few days,” he said.Though most visa applications are dealt within about 30 days, visas have been issued to Pakistani businessmen “much faster” for about a year, Sabharwal said.The Home and Interior Secretaries of India and Pakistan are scheduled to meet in Islamabad during May 24-25 for talks on key issues like counter-terrorism and the visa regime between the two countries.

According to the reports, a decision is expected on issuing multiple-entry and police reporting-free visas for businessmen. The businessmen will also be allowed to visit five cities, instead of three at present, while the elderly will be exempted from police reporting.The Indian cabinet approved the draft visa agreement last month and home minister P Chidambaram has said the pact can be signed “if the Pakistani side is ready”.Addressing the business conference in Lahore on Monday, Sabharwal said there is a keen desire in both countries to intensify trade and economic links.

There is a need to bridge the information gap between the business communities and to address each other’s concerns, he said.While appreciating the Pakistan government’s move to give India Most Favoured Nation-status by next year, Sabharwal said such steps will pave the way for preferential trade between the two sides under the South Asian Free Trade Area agreement.He said India had agreed to consider tariff liberalisation for up to 30 percent of the items on the sensitive list under SAFTA.

He expressed the hope that Pakistan would remove restrictions inforce on imports through the Attari-Wagah land route.Decisions like opening the Munabao-Khokharapar route for trade will contribute significantly to the regional economy and give freight advantage to both the countries.India and Pakistan should set a target of boosting bilateral trade to $12 billion in the next five years, Sabharwal said.Growing trade linkages between the two sides will contribute to economic progress and enhance mutual trust and enlarge constituencies for peace, he said. – Brecorder