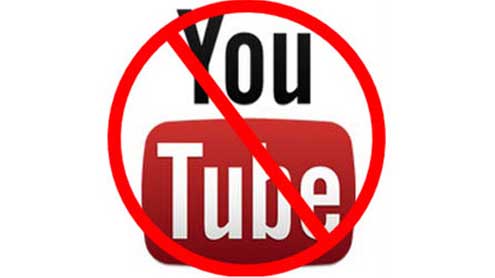 I was working with a logistics client in Dubai who had a Pathan staff member who used to take orders from people on the phone and then give them to someone else who would then type them up on a computer and send further for processing.

I told the Pathan that he could use the computer to do the work himself and save the company a lot of money.“The computer is not for me. I am an uneducated man from Waziristan,” was his reply. He had tried to take computer courses near the office but the timings never suited him so he had given up on computers.I told him the Internet was for everyone and went on to YouTube and typed “Excel tutorial Pushto”. And up came a bunch of videos that explained how to use Microsoft Excel in his own native language.

From then he was hooked. He had discovered that he could learn almost anything in his own language from his own home, at his own time for free.  A few weeks later, he had created an email account and had started creating the company invoices himself and saved his company a significant amount of money by increasing his own productivity.Let’s assume that we all have a few common goals. We would like to help educate our country, end poverty and create wealth for the average citizen – not just the elite. We want better doctors, engineers, mechanics and teachers inside Pakistan and not just those that managed to emigrate abroad.

Now, let’s look at how YouTube would actually help us achieve these goals faster.Over 72 hours of videos are uploaded to YouTube every single minute. Even if only 1 per cent of the uploaded content is useful educational content that is more educational content produced in a single week that is available for free for students to watch than is produced in an entire year across all of the Universities in Pakistan.

Last year, when I was invited by the IBA University to lecture their students in Karachi I had figured that the cost was too high to actually travel from Dubai. So I gave the lecture over Skype. As I figured that I was doing the work anyway, I recorded the lecture and uploaded it to YouTube. An hour of a teacher’s time for 30 students, which then ended up being watched over 2,000 times by other students across the world at a later date. I did the work once of preparing and giving the lecture. The lecture is still doing the “work” for me by being on YouTube. Teachers that teach using the pre-YouTube methods, end up repeating what they said once in a lecture over and over again every year – while the YouTube generation of professors can think and research new content while at the same time reaching a bigger audience with their lectures.

It saddens me to see that the next generation of Pakistanis is missing out not only on my lectures – but millions of other lectures from people around the country and the world.  That the only people able to get access to University professors will be those that can afford to move to a city and afford the luxury of a fulltime formal education. Reading is not a large part of our culture, so blocking YouTube which is video content and the most likely to be used for new people on the Internet has an even greater impact of slowing the spread of knowledge.The greatest gift that we are given from the world for a free education for our citizens is turned away. Instead, we prefer our citizens to work from hand-me-down books often out of date or through curriculums set by bureaucrats that don’t even have access to YouTube.

Whenever someone mentions a great author I should read, I usually go first to YouTube and search for the author. I then visit www.audiothief.com and download the mp3 version of the lecture and sync it to my phone. I can then listen to the author talking about their book while going for a walk or a drive. This is the era of the self-learner and how I also recommend for my students to keep up with the latest knowledge. They can get the essence of what an author says in their book by listening to a few of their lectures or interviews at their own time for free and it’s available the instant it comes online rather than having to wait for the book to arrive at their village a few years or decades later.

Students in colleges proudly tell me how they bypass the YouTube ban using proxies, but I also think if we end up creating laws that citizens want to proudly break then we encourage a culture of law breaking. I would, however, encourage medical students to find out about the latest medical procedures and how they are performed on YouTube than to work from outdated information they obtained from old books.The focus in the Internet economy is away from hardware (school buildings) and moves to software (teachers and content). The greatest impact on anyone’s education is the quality of the teacher – not the number of students in a classroom or the quality of the building they are in. YouTube simply gives us access to better teachers such as Virtual University and Khan Academy Urdu and for the past six months we haven’t been able to access these teachers.

Pakistan’s penetration of Internet is approximately 9 per cent or 18 million people. That means that 18 million people have a chance of updating their knowledge at no cost to the government. Compare that to the cost of building a University that teaches a few thousand students and costs a few million rupees.  Rather than focusing on trying to get aid from around the world, we should focus on making better use of the resources we already have.In Pakistan, more people are killed in car accidents every year than are killed due to terrorism. The safest thing to do would be to ban all citizens from using their cars and force them to walk instead. Of course, we don’t do this, but instead we work on asking citizens to use seat belts and take many other policies that make driving safer. We should look at a similar approach for the Internet rather than the easier approach of shutting it off.

Let me just take care of a few ideas that will come up in response to this article.  Building “PakTube” is not difficult. Websites such as Vimeo.com already exist but the problem is that YouTube has millions of hours of content already on it. Are we going to go on a mission to convince the two billion Internet users around the world that they should move over to PakTube in order to serve the 18 million Pakistanis better? Otherwise, we would be saying to the world’s teachers, thinkers and content creators that we don’t need your ideas – we can create all our own content. And of course, if you do move over to PakTube you should trust us that your content is safe with us as we won’t simply shut down all of PakTube the next time one person misbehaves.

Secondly, I am not sure there is any religion that encourages the suppression of knowledge or the spread of education. Countries such as Saudi Arabia and Indonesia have managed to block the inappropriate content and help their citizens get access to knowledge on YouTube, so I am sure Pakistan can too.  YouTube is also one of the greatest sources of religious knowledge and is full of scholars.

Our Internet policy makers need to understand the term “User Generated Content”. This means that users – people like you and I – are creating the content for websites. Facebook and YouTube are two of millions of sites that provide this ability. This means that any one of the billion plus users that these sites get can post almost anything. As any teacher trying to manage a class of 20 students knows this can be a difficult task, but when you have over a billion users someone, somewhere will say something inappropriate. We have the ability to block individual content – asking the world to conform to our stricter censorship laws is less likely.

Our Internet policy makers need to be proactive so that core software like Skype, Wikipedia, Google and other sites that provide millions of jobs are not shut when the next incident happens.Technology companies and freelancers will have a harder time convincing clients to move their business to Pakistan once a client understands that YouTube is blocked here – how can you compete in a global economy without such core services?If I were a politician, I too would hate the Internet and YouTube. It gives the average citizens the chance to criticize me and spread news amongst themselves. I would long for the days in which there was only PTV so I could control what the public saw and only show how great I am. I would hate the fact that anyone on their mobile phone could take a video of anything irregular happening during the elections and upload to YouTube. I would hate citizen journalists trying to fight corruption or voicing their opinion, as I would lose control.

YouTube is the greatest gift we have had and instead of suppressing it, our government should encourage the growth of it along with 3G (fast internet over phones) so that people can get more content for free. Farmers can learn to farm better. Doctors can learn to heal better. Teachers can learn to educate better.Taking 1 per cent of our own education budget and using it to encourage the growth of the Internet, including YouTube, throughout the country will have a greater impact on the country than investing the same amount in building more buildings or spreading outdated curriculum.On behalf of those that want to educate more people faster, as well as those that have the desire to grow their own knowledge, I would request that the PTA and Government to do what they can to unblock YouTube.Are you also impacted by the block of YouTube? If so, tell us how YouTube being unavailable is impacting your ability to study or earn.