by Snea Shams
in Opinion
0 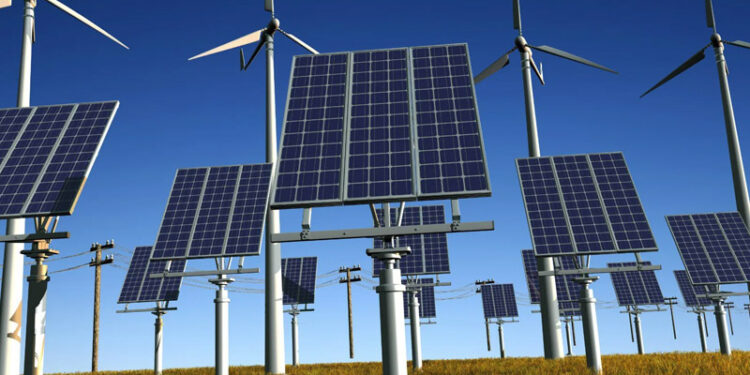 “The rise of renewable energy has seen the world enter into a new era, however these technologies bring both risk and reward.” (Ralph)

While we acknowledge the fact that renewable energy provides us with extremely reliable power supplies, we will keep our focus on the pressing issues these energies might bring about. According to the International Renewable Energy Agency, renewable energy is the “most cost effective way of providing 90 per cent of the required reduction in energy related carbon dioxide emissions,” (United Nations). According to the United Nations, the worlds population will increase by 2 billion in the coming 30 years. In other words, from a figure of 7.7 billion currently, to a whopping 9.7 billion people in 2050. With such a drastic increase in population, the immediate consequence will be an increase in demand for the resources needed to fulfill these 9.7 billion people’s energy needs.

Once resources such as fossil fuels have run out and the only other alternative will be renewable energy, which is far too costly, what will it mean for developing countries? Developing countries such as my own; Pakistan. Already, the generation of renewables is predicted to increase more than twice as much in many developing countries and emerging economies. (Kochtcheeva). Pakistan itself already holds a population of 223 million in 2021 (worldometer) and the International Monetary Fund categorized Pakistan third among countries having fierce water scarcity in 2018 (Hall). With this and the current inflow of finance, land and capital, makes it impossible for my country to cater to so many people, especially natural resources depleting.

Hence, leading me to question whether or not renewable energy is all as great as we have known it to be, and whether or not it can lead to global instability in a number of ways.

I was most eager to understand how renewable energy sources could lead to future wars and conflicts and, secondly, the various socio-economic issues that are caused as a result of these energies which then go on to cause global instability.

When talking about renewable energy and its contribution towards causing major conflicts in the near future, we will look into not only the energies themselves, but also the minerals that are needed for their production. A report written by the “Friends of the Earth International” in 2013, said “The mining, extraction and processing of these raw materials often involves land grabbing and other human rights abuses.” (Kenner, Solar and wind energy: Driver of conflict or force for peace?).

For example, in the generation of solar power, Solar PV technology leads to more storage units being needed. This results in the need for lithium-ion batteries which are composed from graphite, lithium, cobalt, manganese and so on (Corneau).

Author Claus Daniel says in an article that “Layered oxides containing cobalt and nickel are the most studied materials for lithium-ion batteries” (Daniel). Hence, making these minerals a major cause of conflict as countries would be motivated to take over regions where such renewable energies are more abundant. For example, Bolivia has 21 million tones of lithium reserves with the Salar de Uyuni salt flat which is the largest lithium deposit in the world (Fawthrop).
As resources deplete, this single reserve may be one of the main cause of instability for the country, with the direct consequence of a war. This is also, perhaps, the most serious consequence of depleting resources as, from a national perspective, such a war would wreak havoc for the country. Its people will be subjected to death and injury and the destruction of cities will be seen, hindering any further progress for the nation. Globally, this would go on to effect other countries that have some linkage with Bolivia, such as Brazil, Argentina and China which are Bolivia’s main trading partners (Societe Generale). Henceforth, leading to global instability.

Furthermore, as different countries start relying more heavily on renewable energy sources such as hydroelectric power, many conflicts could arise on the basis of different water sources. Take Pakistan and India’s age old water dispute. The two countries are divided, amongst many issues, on the basis of an energy source; water. Water, the driver of conflict between Pakistan and India. Regardless of the Indus Water Treaty of 1960, bad relations have continued between the two as each tried to gain control over Kashmir and the resources it has to offer. Again, providing a classic example of disputes whose deep rooted causes are attributed simply to renewables. However, the consequences of this have fallen harder on Pakistan.

A clear indication of this is the fact that, while India only spends about 4.2% of its budget towards the military, Pakistan spends 35%. This coupled with increasing problems at home and how it is heavily involved in an arms race with India, student Adekoye Abimbola Raquel gives his own perspective, saying “In comparison with India, Pakistan pays a heavy price, impeding its own development” he also goes on to say that India can use the arms race as a way of completely destroying the Pakistani economy, which I believe to be the most serious national consequence of the Kashmir issue. As a result, the danger of a nuclear war in the region has also become a pressing prospect and projecting itself as an important global consequence as well as major cause of global instability in the future (Raquel).

Additionally, other renewable energy sources such as wind farms or biomass require large land and infrastructure. Thus, conflicts can arise between countries that share borders as they begin fighting for control of farmland that is suitable for the production of renewable energy such as wind energy or biomass. This will be particularly important in the future as more people begin to live in cities and worldwide industrialization leads to a shortage of farmland suitable for wind farms or biomass.

With all this in mind, a possible course of action to pave a way forward would simply include having more conferences and committees such as the ICREN 2020: International Conference on Renewable Energy. This would help promote collective action and create a sustainable plan which involves third world countries as well so that they are able to get most of their energy from renewable sources and, thereby, preventing any future conflicts. Governments must also press upon human rights laws and territorial claims so that take overs of regions may be avoided.

This makes it imperative that the United Nations Laws are followed, especially those catering to business and human rights, which also provide recommendations on what steps the private sector should take (Kenner).

While using renewable energy sources reduces harsh environmental impacts to some degree, not all are eliminated. This amounts to everything from manufacturing and transporting them. For example, the generation of Photovoltaic cells for solar energy releases toxic substances that may go onto contaminate water bodies, advertently, having a rather significant effect on groups of people such as fishermen whose incomes are dependent on their catch.

However, I think Geothermal energy has the greatest environmental impact as it involves drilling into the ground, causing land deformation, loss of habitats and soil erosion. This is especially significant for countries with agro based industries, such as Liberia whose agriculture makes up 76.9% of its Gross Domestic Product (Sawe), henceforth, making their livelihood dependent on the availability and quality of the soil and land.

Moreover, the cost of implementing technologies associated with renewable energy sources will increase drastically in the coming years. Already, the production of renewable energy through solar or wind farms requires high infrastructure and setup costs. The same is true for dams used in hydroelectric energy and the technology used in biomass energy production. This will turn into a huge global socio-economic issue as it will result in less economically developed countries finding it difficult to produce the same levels of renewable energy as economically developed countries.

Nationally, the less developed country will suffer rather more as it is highly likely that it will have to undergo opportunity costs; investing in renewables would mean having to give up investments in, for example, healthcare or education for the people, thus hindering the countries future economic prospects and, from a more local point of view, peoples living standards. This shift will be more important as fossil fuels run out and we have fewer and fewer oil, coal, and gas reserves; making both renewable and nonrenewable energy sources more expensive.

When the race for renewables is at its peak, countries with weaker defenses will be most prone to takeovers. Consequently, making their economies suffer from a disequilibrium, with shortages. Henceforth, making renewable energy a major global issue with its economics leading to global instability.

A possible course of action regarding these issues would be to use barren land in neighboring countries for the setting up and development of renewable energy projects. For example, as is seen in Africa where Europe has set up energy generation plants on barren Moroccan land and transports it back to the European countries. The European Union has already covered 60% of the costs of this Ouarzazate project. This will not only allow for a sustainable way of electricity generation, but will also promote world peace and avoid takeovers and conflicts (Ceurstemont).

At first, my vision for renewable energy was limited to mostly electricity generation issues and water disputes. But my research made me realize that there are a lot of macro and global level issues. In this regard the most important learning for me was from Fawthrop about information of largest lithium reserves in Bolivia as it led me to the personal conclusion that each of the renewable energies have both pros and cons. In this particular case, my first personal reflective question was what will stop some large super power to take over a small country like Bolivia just to control the reserves? Most importantly, it allowed me to actualize the scope of the situation and how each and every action goes onto have a consequence, whether its local, national or global.

Additionally, I was also made vary to how these consequences differ from place to place and from people to people. However, the research also showed me a brighter picture where countries can come together and create unified energy sharing programs like the Europeans are doing in Africa. The finally eye opener for me was the forward thinking of Nations in this respect. Take China for example, they started investing towards the control of these resources decades ago. I am amazed at the national policy makers of such nations for their forward thinking, acumen and ability to charter a course for their nation leading them towards prosperity decades into the future.

Conclusively, while we are all well aware of the many benefits of renewable energy, this research paper looks into the negative effects as well- effects which have the extreme consequence of potentially causing global instability. This is being explored by looking at the causes of global instability at the hands of renewable energy through three lenses; political, social and economic.

We explore this on a global and macro level whilst providing a possible course of action for each issue explored, specifically, the most serious consequence renewable energy can bring about which is threatening world peace.