by sohail
in Featured, Movies
0 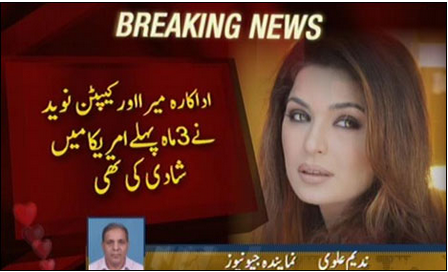 LAHORE: Pakistani actress Meera and her husband Captain Navid have separated only three months after the couple tied the knot in the United States.

Raja Pervez, Meera’s father-in-law, told media that his son had returned to the US without informing his actress wife.

He said that Meera reached New York yesterday (Thursday) and asked Navid to come to the airport.

Pervez said he asked his son to either leave their parents or his wife, adding that Navid didn’t go to the airport to receive Meera.

He said that Navid’s mother didn’t allow Meera to enter their house as she reached there.The News