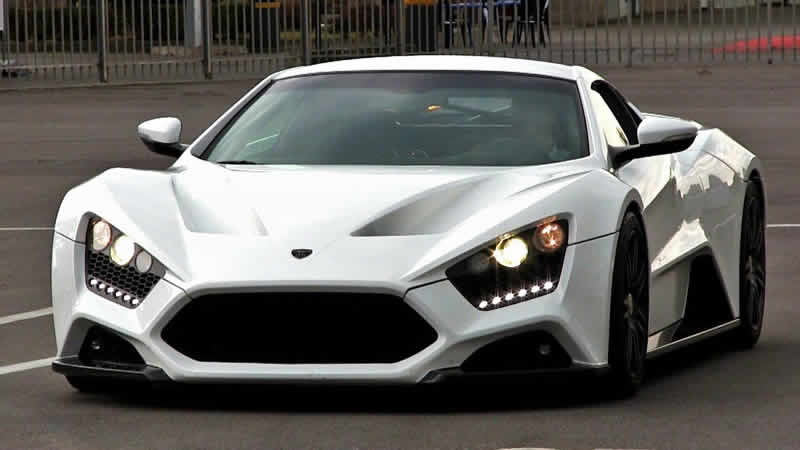 The 10 Fastest Cars in the World

There are many ways to measure automotive excellence, but top speed is the one everybody secretly cares about the most. Aldous Huxley was right about speed being the only truly modern sensation. He left out the part about how much fun it is. These 20 cars are more than just fun, though, they’re the fastest production cars in the world. The emphasis here is on “production;” racers and one-off custom jobs need not apply. We also tried to limit the selections to cars whose claimed top speeds have been generally recognized as legitimate by the automotive media and sanctioning groups.

There are also some cars on the horizon that appear ready to knock some names off this list. SSC still hopes to reclaim the title of world’s fastest car with its 1,350-horsepower Tuatara, and Koenigsegg claims a top speed of more than 273 miles per hour for its One:1. For now, though, these are the fastest cars that can legally sport a license plate.

The combination of a Lotus Elise chassis and 1,244-hp 7.0-liter twin-turbocharged V8 gives us the fastest production car in the world. Depending on your definition of “fastest” and “production car,” that is. Hennessey recorded a 270.4-mph run at the Kennedy Space Center last year, but only in one direction. To be considered legitimate, record attempts usually require one run in each direction. An average is then taken to account for wind conditions. Because of its hand-built nature, there’s also some debate about whether the Venom GT qualifies as a production car. While it can claim the highest recorded speed, Hennessey’s monster isn’t recognized as the world’s fastest car by the Guinness Book of World Records.

The Bugatti Veyron was a monumental feat of engineering, a supercar whose performance was so marvelous, Top Gear presenter James May compared it to the automobile equivalent of the Concorde. After ten years of production, the Volkswagen Group has unveiled the Veyron’s successor, the Bugatti Chiron. Named for a famous centaur in Greek mythology, the Chiron is intended to improve upon the Veyron in every way. Hitting 261 mph using street legal settings, the 1500 hp Chiron is like a beast in chains. On the racetrack, Bugatti aims to break those chains as well as the current speed record (271 mph) held by the Hennessey Venom GT. For now, its top speed remains a mystery to the public. Although the Chiron is built like a racecar, one needn’t be a professional to operate it; the car is engineered to automatically adjust its machinery as the speed increases or decreases, ensuring optimal performance. The Chiron will not be a mere speedster, but a comprehensive luxury vehicle as well. Beyond a beautiful leather interior, the car also sports a decadent sound system, with a diamond diaphragm inside each speaker. The dashboard features high-resolution digital displays that will adjust as the car’s speed changes, showing only crucial information at higher speeds. The Chiron looks to be a king among supercars, which is fitting, as kings will be among the few to obtain one; only 500 will be released for the first generation, and they cost a staggering $2.6 million.

When Volkswagen purchased the Bugatti brand, it had one goal: build the fastest production car in the world. The original Veyron achieved that goal, and with a price tag of $1.7 million and a quad-turbocharged W16 engine producing 1,000 hp, it also boasted the most superlatives of any production car. Yet the Veyron was soon dethroned by the SSC Ultimate Aero, so Bugatti came back with the Veyron Super Sport. This Veyron-plus has 1,200 hp, and numerous aerodynamic changes meant to help gain a few extra miles per hour. With a top speed of 268 mph recorded at Volkswagen’s Ehra-Lessein test track, the Veyron Super Sport is still recognized as the world’s fastest production car by Guinness. The related Veyron Grand Sport Vitesse is also the world’s fastest open-topped car, with a top speed of 254 mph.

Briefly, the might of the Volkswagen Group and the prestige of the Bugatti name were bested by a car company no one had ever heard of. Shelby SuperCars (SSC) has nothing to do with Carroll Shelby of Cobra fame, but for a moment its Ultimate Aero was the fastest production car in the world. It hit 256 mph in 2007, beating the non-Super Sport version of the Veyron. Helping it achieve that velocity is a 6.3-liter twin-turbocharged V8 with 1,287 hp. There are no electronic driver aids to help control that power either, creating a purer driving experience for those with talent, and a scenario for certain death for those without it.

Among performance addicts, the Saleen S7 is legend. There are several reasons for this — the exotic styling, insane performance, and incredible tuning potential to name a few but much of the vehicle’s appeal is actually historical. Produced from 2000 to 2009, the S7 was America’s first mid-engined supercar. It wasn’t just the first in the U.S. though; it’s one of the best supercars ever made. Built on a lightweight chassis crafted from aluminum and steel, the vehicle featured a hulking 7.0-liter V8 that produced 550 hp, allowing it to accelerate from 0 to 60 in 3.3 seconds.

About halfway through its lifecycle, Saleen debuted the S7 Twin Turbo, which brought the car’s performance to near comical levels. Now producing 750 hp, the vehicle could hit 60 mph in just 2.8 seconds before smashing the quarter-mile in 10.5 seconds. However, its most stunning statistic is its top speed of 248 mph, making it one of the fastest cars ever put to pavement.

Swedish supercar builder Koenigsegg briefly held the “world’s fastest” title before being bested by the original Bugatti Veyron. Its CCR reached 242 mph at Italy’s Nardo Ring in 2005. The CCR was essentially an earlier generation of the cars Koenigsegg is building today. It featured a 4.7-liter V8 of the company’s own design, a carbon-fiber body, and not much in the way of electronic aids. Despite its impressive stats, the CCR’s moment in the spotlight was as brief as its claim on the world. It was soon supplanted by the CCX, and then by the current Agera. Koenigsegg says the Agera-based One:1 will top out at over 270 mph, but no one has tried it yet.

The F1 is more than just a former world’s-fastest car. With its carbon-fiber body, gold-lined engine bay, 6.1-liter BMW M V12, and center driver’s seat, it just might be the coolest car ever made. Years before it attempted to take on Ferrari and Porsche with the MP4-12C, McLaren was known only as a successful race team in Formula 1 and the defunct Can-Am series. Yet its first road car wasn’t exactly an amateur effort. McLaren intended to make the F1 the ultimate road-going supercar, but its design was informed by the company’s racing experience. The F1 even went on to a fairly successful racing career in its own right, winning the 24 Hours of Le Mans in 1995.

No sane person would ever call the Pagani Huayra tame, because with an AMG-sourced biturbo V12 pushing less than 3,000 pounds, the Italian dynamo is the definition of a beast. The formula can always been improved though, and at the 2016 Geneva Motor Show, Pagani proved it by debuting the Huayra BC. Lighter and more powerful than the standard Huayra, the BC’s engine was massaged to produce 789 hp, while total curb weight was slashed down to a paltry 2,645 lbs. That’s effectively the same weight as the latest Honda Civic Coupe with five times the power. It should come as no surprise, then, that the BC’s top speed is rated at a ridiculous 238 mph.

One of the only performance cars to come out of Denmark is also one of the fastest motorcars ever built. Assembled in Zealand, the Zenvo ST1 exhibits the height of Danish engineering prowess, as the car combines a 6.8-liter V8 with both a supercharger and a turbocharger to create 1,104 hp and 1,054 lb-ft. All of that power goes straight to the rear wheels, making the ST1 a handful for anyone outside of the professional racing scene. If you can get the tires locked up, though, the bullish coupe will shock you with raw ability.

Flat out, the ST1 is capable of reaching 233 mph given enough road, but it’s important to note its top speed is electronically limited. Without the digital nannies on board, we suspect the ST1 would be even faster in the top end, which is a scary thought indeed.

When we think of British supercars, our minds usually turn to brands like McLaren, Aston Martin, and Jaguar, but there’s another carmaker that definitely deserves mentioning Noble Automotive. Noble rolled onto the scene in 1999, and has since carved out a small slice of automotive history by releasing several low-volume supercars. The most notable of the lot is the M600, which seemingly came out of nowhere in 2009 when it smashed the Bugatti Veyron’s time around the Top Gear test track. The car proved incredibly difficult to drive as it had very few electronic driver aids onboard, but its performance spoke for itself — 650 hp, 0 to 60 in 3.0 seconds, and a top speed of 225 mph. The Noble may not have the bedroom poster looks of a Lamborghini, but clearly, the burly Brit has it where it counts. The brand has since launched a beautiful CarbonSport version with an exposed carbon fiber body as well as a convertible Speedster model.