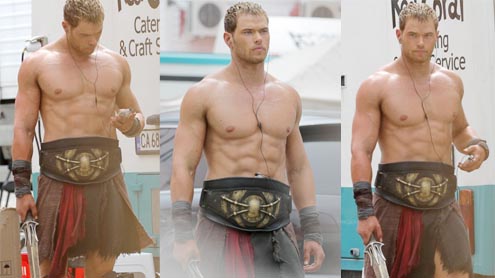 ‘Well, even Renny himself, he’s like, “Kellan, I don’t want you getting bigger. Just get your abs to pop more.” I’m like, “All right, cool.” And I like being bigger,’ he said.‘Even I saw Hercules as this giant guy, but the powers that he harnesses, it’s not like he’s throwing bears into the sky or really fighting off any of the monsters like Clash of the Titans or anything like that. It’s really just Gladiator pretty much.’Kellan admitted that even he expected his portrayal of Hercules to look slightly different, at least as far as his hair was concerned. яндекс