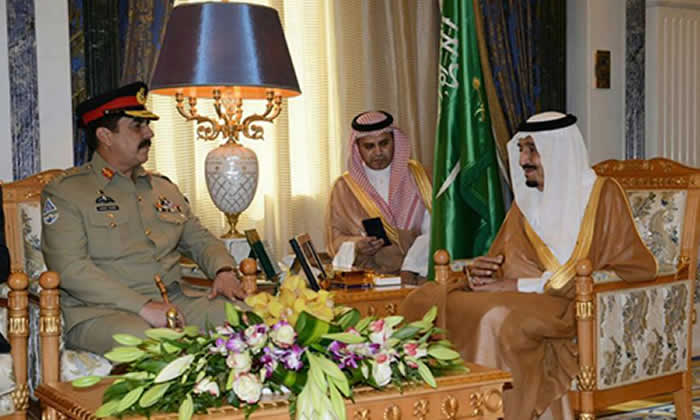 “Both dignitaries have acknowledged that two countries are vital players in regional stability with significant responsibility towards Muslim Ummah,” it said. The COAS reiterated Pakistan’s commitment to safety, protection of Harmain Ul Sharifain, territorial integrity of Kingdom. Both the sides re-emphasized on need to join hands to eliminate the menace of terrorism and reinvigorate the mechanism to roll back extremism. Saudi King and Crown Prince reassured the COAS that they consider any threat to Pakistan’s integrity as unacceptable and will support peace, stability in Pakistan.