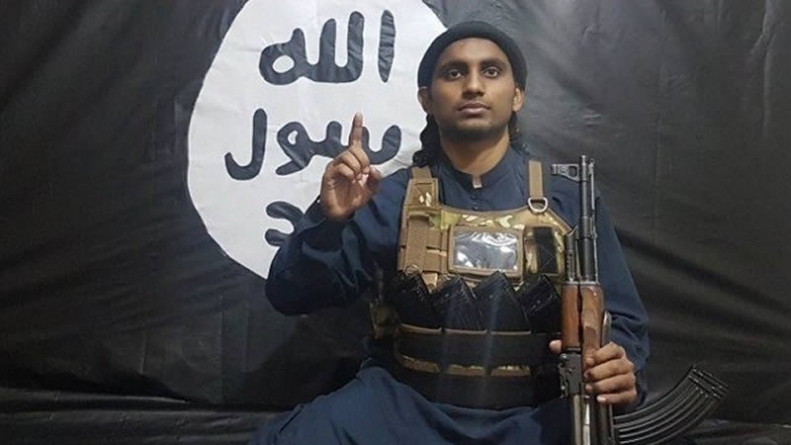 India, which routinely blames its neighbour of exporting terror, might be having a taste of its own medicine as a top English-language news channel of India has indicated in a shocking expose that terrorism might have been exported from a southern Indian state since 2016.

India Today has reported that one of the suicide bombers involved in a sickening rampage at a Sikh gurdwara in Kabul was an Indian national from the southern state of Kerala. The Khorasan franchise of the Islamic State (IS) ultra-extremist group claimed credit for Wednesday’s carnage at Gurudwara Har Rai Sahib in Kabul that left 25 Sikh worshippers.

Three IS terrorists rampaged through the temple where around 200 worshippers were praying at the time. Afghan security forces, aided by foreign troops, ended the siege after a six-hour firefight in which all three attackers were killed and 80 hostages freed.

The IS – which is also known by its Arabic acronym Da’ish – named one of the attackers as “Abu Khalid Al-Hindi”. The group and its propaganda magazine Al Naba published a photo on March 26 in which Al-Hindi is holding a type 56 assault rifle.

The photograph was actually that of Muhammad Muhsin, 21, an engineering student from Thrikkaripur in Kasargod district of Kerala, India Today’s Executive Editor Sandeep Unnithan reported quoting top police intelligence sources in the state.

In August 2015, IS operative Abu Yusuf Al-Hindi, alias Shafi Armar, was believed killed in a suicide bomb attack in Raqqa, Syria. Armar, a native of Bhatkal in Uttar Kannada district, was the first Indian to be declared a specially designated global terrorist by the US.

After losing much of its gains in the Middle East, the IS has found sanctuaries in the Afghan provinces of Kunar and Nangarhar. At one point, a UN report estimated there were around 2,500 to 4,000 IS fighters operating in the two provinces.

Around 98 persons with families migrated from Kerala since May-June, 2016, to join the Islamic State’s so called ‘Khorasan Province’ in Nangarhar. Among the migrants, 30 went directly from Kerala and 70 joined from Gulf with their families.

Among them seven persons were killed in airstrikes in Afghanistan during past three years.

Rashid Abdullah, who led a 21-member team from Kerala to Afghanistan, was killed by US airstrike in May 2018.

Rashid and Mangalasseri, the engineering graduate from NIT Kozhikode, were instrumental in radicalising people from Kerala under the IS module. Saifudeen Kunjahmed from Thirurangadi in Malappuram district was killed in second week of July, 2019.

The Islamic State’s Indian network was exposed by Kerala Police after 21 persons from Kasargod and Palakad districts went to Afghanistan from May 21 to June 5, 2016, with their families. Among them, two were medical doctors and four were Christians converted to Islam.

Around 250 Indians, among them 98 from Kerala, have joined the IS outfit since 2016. The Afghan security forces claims to have broken the back of IS in Afghanistan with the help of US-led foreign forces. However, the group still continues to carry out deadly attacks on high-profile targets inside Afghanistan.