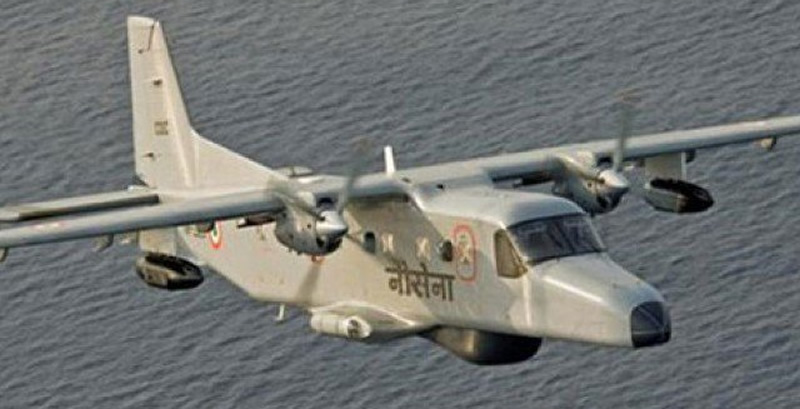 A naval aircraft crashed off the western Indian coast leaving two pilots missing, the navy said Wednesday, in the latest of a string of accidents which have hit the force.

Rescue operations were underway after the Indian navy’s Dornier aircraft plunged into the sea some 25 nautical miles off the western holiday state of Goa around 10:00 pm local time (1630 GMT) Tuesday.

“Last evening a navy Dornier during a routine training sortie off Goa ditched into sea,” a navy statement said early Wednesday. “One survivor rescued. Full scale search and rescue operation launched to locate two more officers (one pilot and one observer),” it added. It is the latest in a series of deadly disasters to hit the navy, and comes just months after a naval ship sank off the southeastern coast of India leaving one worker dead and four others missing.

A fire aboard a nuclear submarine killed two officers off the Mumbai coast last February which led to the immediate resignation of the navy chief. Eighteen sailors were also killed in August 2013 when INS Sindhurakshak burst into flames in Mumbai harbour. – AFP