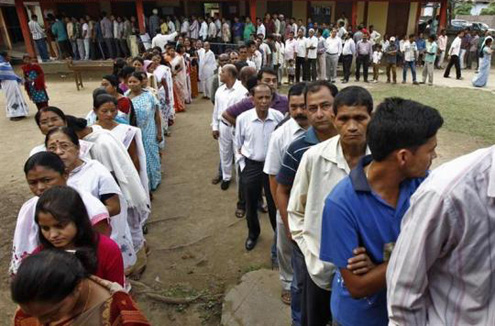 Indians began voting in the world´s biggest election Monday which is set to sweep the Hindu nationalist opposition to power at a time of low growth, anger about corruption and warnings about religious unrest.

India´s 814-million-strong electorate are forecast to inflict a heavy defeat on the ruling Congress party, in power for 10 years and led by India´s famous Gandhi dynasty. Voting began at 7:00am (0130 GMT) in six constituencies in tea-growing and insurgency-wracked areas of the northeast, an often neglected part of the country wedged between Bangladesh, China and Myanmar. The nine-phase parliamentary election ends on May 12 and the results should be announced four days later.

Santoshi Bhumej was the first woman to cast her ballot at a school which has been converted into a polling station for the day in Dibrugarh in the state of Assam. “I want the government to reduce poverty and do something for the future of my children,” said the 30-year-old tea plantation worker, who is expecting her fourth child. “I can´t tell you who I voted for, but it is our responsibility to vote as citizens,” Bhumej told, 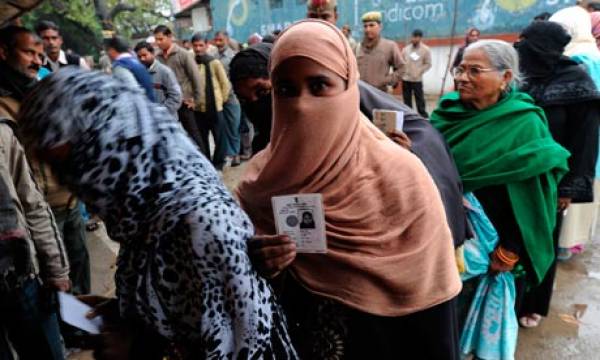 The marathon contest got under way after a bad-tempered campaign which reached new levels of bitterness at the weekend. Religious tensions, an undercurrent to the contest which has mostly focused on development until now, burst into the open on Friday when an aide of hardline opposition leader Narendra Modi was accused of inciting sentiments. Amit Shah faces a judicial investigation after he told supporters to see the election as “revenge” against a “government that protects and gives compensation to those who killed Hindus”.

“Wherever these people (the opposition Bharatiya Janata Party) go they create fights. They´ll pit Hindus and Muslims against each other,” Rahul Gandhi warned on the eve of balloting. Prime ministerial front-runner Modi, the hawkish son of a tea seller whose rise has split his party, has a polarising effect on the public due to his links to anti-Muslim religious riots in 2002. He urged voters on Sunday to give him a majority in the 543-seat parliament in defiance of surveys which repeatedly show the BJP likely to need coalition partners. 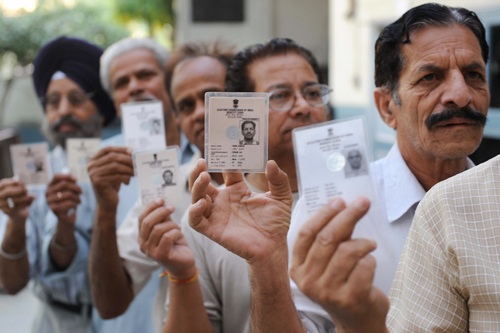 “I need your blessings for a strong government and strong government means not less than 300 Lok Sabha (lower house of parliament) seats,” he said. After these first six constituencies in Assam and Tripura state cast their ballots, voting will take place in a further eight phases, and only finish on May 12. Results are due four days later. In Assam, a Congress stronghold, some disgruntled voters told AFP they had been swayed by Modi´s promises of better infrastructure, strong leadership, jobs and a clean administration.

Despite a decade under Congress when growth has averaged 7.6 percent per year, a sharp slowdown since 2012 has crippled public finances and led investment to crash. Coupled with a widespread perception that Prime Minister Manmohan Singh´s second term was largely lost to indecision and scandal, Modi has tapped into a groundswell of discontent. The election will be the biggest in history and is a mind-boggling feat of organisation as voters travel to nearly a million polling stations. 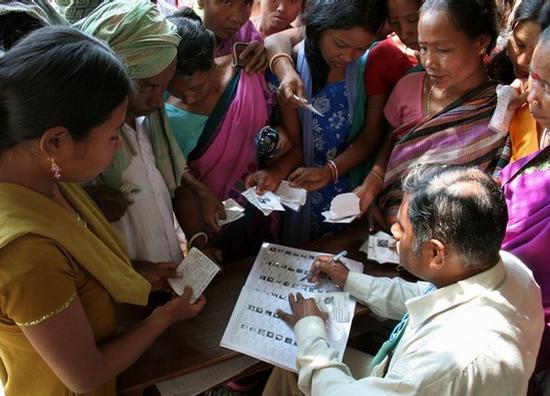 In 2009, officials walked for four days through snow to deliver voting machines in the Himalayas, while yaks, camels and even elephants were pressed into action elsewhere in the vast country. Such is India´s population growth that 100 million people have joined the electoral rolls since the last vote five years ago. More than half of the country is aged under 25. India under Modi, an unabashed nationalist, would likely result in a more muscular foreign policy at a time when the country is emerging as a defender of the developing world on issues from climate change to global trade.

But many observers worry about his domestic impact in an officially secular country. Modi is steeped in the ideology of Hindu nationalism, which is often antagonistic towards Muslims, and he remains tainted by religious riots in Gujarat in 2002. More than 1,000 people, mostly Muslims, died in a spasm of violence shortly after he became chief minister, leading the United States and European powers to boycott him for more than a decade. He has never been found guilty of wrong-doing despite multiple investigations, but a woman he appointed as a minister was jailed for life in 2012 for orchestrating some of the worst of the killing. -In.reuters