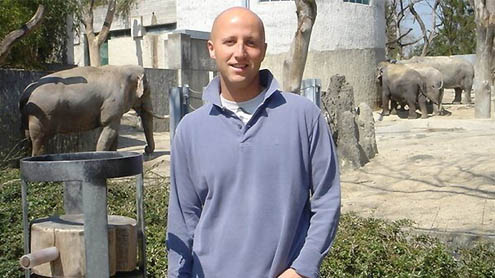 Israel secretly imprisoned an Australian man who worked for its Mossad spy agency because it believed he had divulged details of his work, an Australian news programme has reported.

ABC News said Ben Zygier was suspected by Israel of informing Australia’s security agency of Mossad operations.Last week, ABC identified Mr Zygier as Israel’s so-called Prisoner X, whose existence Israel never acknowledged.He was reported to have hanged himself, months after his case surfaced in 2010.The report on ABC’s Foreign Correspondent programme, which named Mr Zygier, has been the subject of intense media debate in Israel, after Israel issued a gagging order preventing publication of details of the story.Restrictions were later eased and some Israeli members of parliament have called for an end to the practise of media censorship in the country.

According to the latest Foreign Correspondent report, Mr Zygier met Australian Security Intelligence Organisation (Asio) agents and told them about secret operations he was involved in.The programme said one of the operations was a top-secret mission in Italy, for where Mr Zygier had applied for a work visa.Foreign Correspondent said Mr Zygier changed his name several times and obtained numerous passports, which he used for Mossad work in Europe and the Middle East.

It said he set up a communications company in Europe for Mossad, which exported electronic components to Arab countries and Iran.Israel, along with Western and other powers, has accused Iran of seeking to develop nuclear weapons, a charge Iran denies.The ABC programme said Mossad discovered that Mr Zygier had had contact with the Asio agents during one of his stays in Australia.

He is believed to have been arrested in 2010 and held in secret in Israel’s maximum security Ayalon prison. His case came to light when an Israeli newspaper website broke the story that year, but the reports were removed after a gagging order was imposed.Mr Zygier is reported to have hanged himself, aged 34, in the prison in December 2010.On Sunday, Israeli Prime Minister Benjamin Netanyahu defended the necessity of keeping some information out of the public domain.”We are not like all other countries,” he said. “We are more threatened, more challenged, and therefore we have to ensure the proper activity of our security forces.””Allow the security forces to work quietly so we can continue to live securely and safely,” he added. – BBC