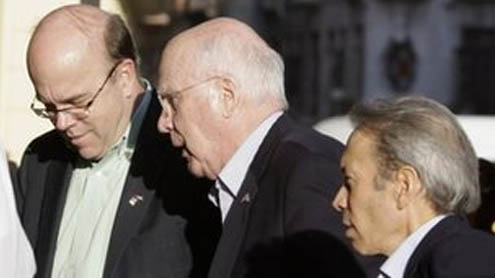 A group of seven US lawmakers has arrived in Cuba in an effort to improve relations that have stalled since the arrest of a US contractor.

They are expected to meet senior Cuban politicians during their three-day visit – including the foreign minister.But the rare, high-level delegation says relations with the Communist country cannot move forward until Alan Gross is released from prison.He was sentenced to 15 years in 2009 for smuggling internet equipment.Cuba said in September that it was prepared to negotiate with Washington over Gross but only if the US was prepared to discuss the case of five Cuban intelligence officers serving long prison sentences in the US.

Democratic Senator Patrick Leahy, who saw Gross and met Cuban President Raul Castro a year ago, is leading the group of five senators and two representatives.”Every one of us has an interest in Cuba,” Senator Leahy said on arrival. “We all want to see relations improve and both sides take steps in that direction,” he said.The two countries have had no formal diplomatic ties since shortly after Cuba’s revolution, and the US has had a trade embargo on the island for five decades.

Despite Gross’s arrest bringing an abrupt end to a thaw begun when President Barack Obama was first elected, more people travelled between the two countries in 2012. Food-for-cash sales allowed under a 2000 amendment to the embargo increased as well.Between 450,000 and 500,000 Cuban-Americans and Americans visited Cuba, according to tourism industry sources, and food sales increased by $100m to $457m, making the US one of Cuba’s top 10 trading partners and second provider of tourists after Canada.

Sen Leahy said members of the delegation would like to take Gross with them when they leave for Haiti on Wednesday, but doubted that would happen.”There are obvious problems between our two countries, but we are not here to negotiate,” he said. “We are here to listen and then go back home and talk about what we see.” – BBC