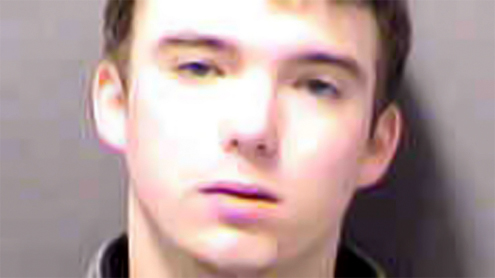 William Hilton Paul arrived in Charlotte, N.C., on a U.S. Airways flight from Lexington, Ky., where his father is a U.S. senator.According to Lt. Blake Hollar with the Charlotte-Mecklenburg Police Department, Paul was intoxicated when he arrived at the airport and said “he was possibly served alcohol on the flight.”

The teenager was arrested by police and booked into the Mecklenburg County Jail, charged with three misdemeanors: underage consumption, disorderly conduct, and being intoxicated and disruptive.While in the custody of the Mecklenburg County Sheriff’s Office, reports say William Hilton Paul identified himself as the son of Sen. Rand Paul.On Sunday evening, Rand Paul’s Communications Director Moira Bagley released a statement to ABC News asking for “privacy and respect” regarding the incident.

“Sen. Paul is a national public figure and subject to scrutiny in the public arena, however, as many parents with teenagers would understand, his family should be afforded the privacy and respect they deserve in a situation such as this,” the statement said.The senator, who was recently appointed to the Senate Foreign Relations Committee, was scheduled to travel to Israel Sunday evening for meetings with Israeli Officials.William Hilton Paul posted the $750 bond Saturday and was released from Mecklenburg County Jail. – Yahoonews