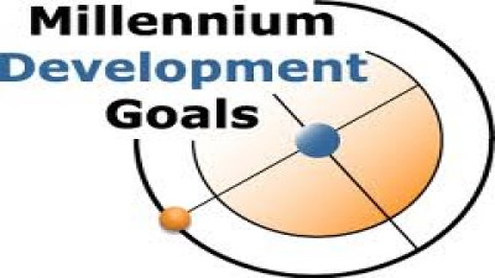 PESHAWAR: Khyber Pakhtunkhwa is set to miss most of the Millennium Development Goals (MDGs) with a wide gap as it grapples with a continuous poor showing on this front, according to official sources.

The province is no way near to the targets of any of the 18 MDGs, Pakistan has set eyes on to achieve by the 2015 deadline, according to an official document available with Media.Khyber Pakhtunkhwa is lagging far behind the globally set MDGs, including poverty alleviation, improving literacy rate, improving ratio of girls in schools, decreasing infant mortality rate, bringing down maternal mortality ratio, improving access to water and sanitation, and achieving the aspired limits of aid as a percentage to gross domestic product (GDP).An official said the province grappled with a soaring poverty rate that presently stood at 39 per cent, missing the 30 per cent target set for 2010. The province was required to bring it down to 20 per cent by 2015, according to the document.

“Our province is not an exception when you compare it with the other federating units on the MDGs’ front,” said an official. He added that the country as a whole was ‘off track’ as far as the status of the first seven MDGs was concerned.Pakistan’s poor showing on the MDGs’ front, said a knowledgeable official, was reviewed at a November last year meeting of D-10 Forum comprising Pakistan’s development partners, including Asian Development Bank, UK’s Department for International Development, Japan International Cooperation Agency, World Bank, UN agencies and some of the bilateral donors.

The province persists with a low literacy rate which, as per official estimates, stands at 47 per cent. The target for 2010 was 55 per cent and for 2015 it is 75 per cent.The provincial government, said an official, was trying its best to improve the rate of literacy, but its efforts received a setback because of militancy and devastating floods in 2010. The province, he said, lost thousands of schools because of the two reasons.The primary net enrolment, which makes part of MDG-2, also appears to be a major concern for the provincial government.

Khyber Pakhtunkhwa, according to the document, has a 49 per cent primary net enrolment rate against 80 per cent target for 2015.Similarly, it lags far behind the assigned target of MDG-3 as the ratio of girls to boys in the primary schools in Khyber Pakhtunkhwa stands at 0.52:1 against the 2015 target of 1:1.“The negligible performance in the education and health sectors has much to do with decrease in public sector expenditure on social sectors when you take into account growth in real terms as per the World Bank view,” said a development planner.

He said that the province might have recorded an increase KP likely to miss most of targets  in expenditure on education and health sectors, but it was nullified by increase in population.Also, achievement of MDG-4 or achieving an infant mortality rate anyway near to the target seems to be next to impossible. As per official data, 63 infants out of every 1,000 live births die in Khyber Pakhtunkhwa. The target for 2010 was 60 deaths per 1,000 live births and for 2015 it is 40 per 1,000 live births.