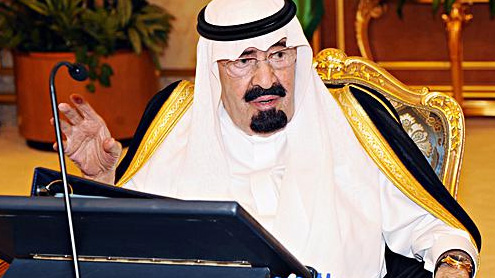 The Council of Ministers yesterday commended Custodian of the Two Holy Mosques King Abdullah’s call for an emergency Islamic summit in Makkah on Aug. 14-15 and said it would strengthen Islamic unity.

“The call for an emergency summit reflects the king’s desire to unify the rank of Muslim countries at this delicate period that portends about discord and dissention,” the Cabinet said following its weekly meeting. The Cabinet, which was chaired by King Abdullah, also underscored the Saudi monarch’s initiative for a five-day fundraising campaign for the Syrian people. “This reflects the king’s humanitarian feelings toward his brethren in Syria,” it added.

Culture and Information Minister Dr. Abdul Aziz Khoja said the Cabinet praised the resolutions taken by an emergency Arab League Ministerial Council meeting in Doha pledging all necessary assistance for the Syrian people. The Cabinet agreed to sign an agreement with Tajikistan for the avoidance of double taxation and prevention of tax evasion. It also agreed to change some articles of the agreement with Arab Shipbuilding and Repair Yard.

“The Cabinet also decided to intensify efforts by all government departments to apply e-government systems,” Khoja said, adding that it urged the Ministry of Communications and Information Technology to conduct more workshops for the purpose. The Cabinet approved the bylaw of private rehabilitation centers for the handicapped, he said, adding that the new law would regulate their operation and encourage the private sector to open such centers for the benefit of people of special needs. Private sector should get license before opening such centers.-Arabnews

It is ‘morally wrong’ to pay tradesmen cash in hand, says David Gauke

It is 'morally wrong' to pay tradesmen cash in hand, says David Gauke