It is ‘morally wrong’ to pay tradesmen cash in hand, says David Gauke 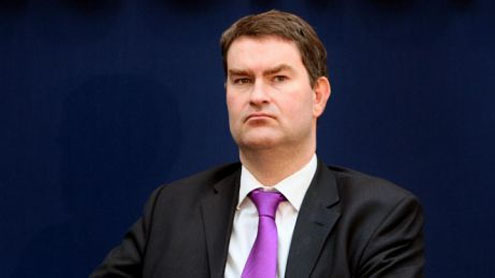 David Gauke, a Treasury minister, told Media that home owners who allow workmen to evade VAT or income tax were forcing others to pay more.

His comments reflect growing concern in Whitehall about the cash-in-hand economy, which costs Britain billions of pounds a year in lost tax revenues. However, critics accused the Government of being “unnecessarily moralistic” about ordinary people trying to keep their household bills down.Mr Gauke, the Exchequer Secretary to the Treasury, said: “Getting a discount with your plumber by paying cash in hand is something that is a big cost to the Revenue and means others have to pay more in tax.

“I think it is morally wrong. It is illegal for the plumber but it is pretty implicit in those circumstances that there is a reason why there is a discount for cash. That is a large part of the hidden economy.”According to a report by the Public Accounts Committee, more than two million people make cash-in-hand payments costing the Treasury an estimated £2 billion. There is no law against paying someone in cash, but tradesmen are under a legal obligation to disclose their earnings to HMRC and say whether they are liable for income tax or VAT.

Labour MP Austin Mitchell, who sits on the Public Accounts Committee which monitors public spending on behalf of Parliament, said that Mr Gauke was being “unnecessarily moralistic” and should focus instead on large-scale tax avoidance.He said: “This is petty stuff. There would have to be large-scale surveillance to stop it. You can’t control people’s morals like this and it is best not to try.”HMRC is planning an amnesty to encourage cash-in-hand builders and general tradesmen to pay their fair share of tax. Under the amnesty, workmen who admit they have avoided tax will face reduced penalties of £200 plus a fine equivalent to 10 per cent of unpaid tax.

Anyone refusing the “last chance” offer will face criminal prosecution if they are subsequently found not to have paid what they owe.Previous operations have targeted home tutors and eBay traders, and have pulled in an extra £500 million in tax since 2007.Mr Gauke spoke to Media after outlining plans for a crackdown on millionaires who use aggressive tax avoidance schemes.In a speech to the Policy Exchange think tank, he said that while using Isas and claiming gift aid on charitable donations was acceptable, buying homes through companies to avoid stamp duty and using service companies to reduce income tax was “morally repugnant”.

Mr Gauke said: “These schemes damage our ability to fund public services and provide support to those who need it. They harm businesses by distorting competition. They damage public confidence. And they undermine the actions of the vast majority of taxpayers, who pay more in tax as a consequence of others enjoying a free ride.”Mr Gauke criticised BBC stars paid through personal service companies, which allows them to minimise their tax bills. Last week the BBC admitted it paid 342 stars earning over £50,000 a year in this way.

Mr Gauke said: “Where arrangements are artificial, where they are contrived, and designed for the purpose of reducing National Insurance contributions for the employer or the employee, then those artificial arrangements are such that they do constitute tax avoidance. Tax avoidance is tax avoidance.”His comments come a day after the Government announced plans to force accountants to surrender the names of millionaire tax avoiders to the taxman. Gary Ashford, head of tax investigations at accountancy firm RSM Tenon, said: “HMRC are coming down hard on the hidden economy.” – Telegraph