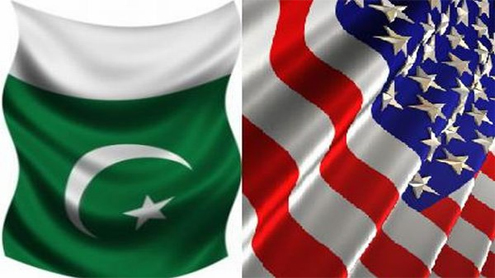 WASHINGTON, Dec 10 (APP) – Describing the US-Pakistan relationship as “complicated but essential,” the State Department has said it is working hard to get back to cooperative work, following last month’s deadly NATO strike which killed 24 Pakistani soldiers and led to a sharp decline in bilateral ties.

“This relationship is complicated, but it’s also essential to both the  United States and Pakistan. And we are working very hard to keep open channels and to get back to work together,” Victoria Nuland, the State Department spokesperson, said.The spokesperson was asked a question in the context of top US military leader’s comments who saw the situation, in the aftermath of the NATO strike, as a mess. Nuland would not comment if her characterization “complicated” meant “messy” for the current state of relations between

the two countries. “I’m not going to get into parsing words here.”On efforts towards repairing the relationship, the spokesperson referred to ongoing US-Pakistani contacts including Secretary of State Hillary Clinton’s call to Prime Minister Yusuf Raza Gilani as well as the latest meeting between US Ambassador in Islamabad Cameron Muner and Pakistan’s Foreign Minister Hina Rabbani Khar.

“We are continuing our intensive engagement, including through the  recent meeting between Ambassador Munter and Foreign Minister Khar. Obviously, we are both trying to roll up our sleeves and get back to work together.
“With regard to what might emerge from any internal review, I would  refer you to the Government of Pakistan on that. But we are obviously making very clear that we think we have hard work to do together, and we need to get back to it as quickly as we can.”

In reaction to the November 26 attacks on two Pakistani border posts, which infuriated the Pakistani public and government, Islamabad shut down two routes for NATO supplies. The United States has also reportedly vacated the Shamsi airbase in Balochistan province, as asked by Pakistan in the aftermath of the NATO strikes.In addition to seeking anti-militant cooperation along the porous Afghan  border, the United States and its allies rely greatly on Pakistan for  transportation of fuel and other suppulies for the NATO mission in Afghanistan.Despite recent efforts to ramp up supplies from Central Asian northern  route into landlocked Afghanistan, a large percentage of supplies must still pass through Pakistani border routes to sustain the 10-year-old mission. – FTPAPP