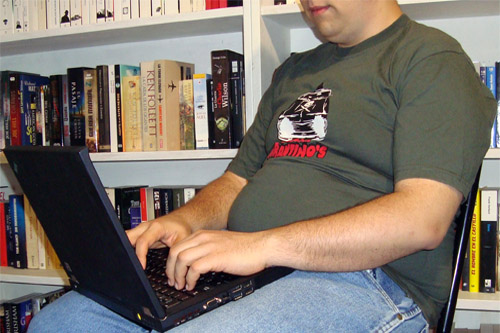 A new analysis of previous studies ties too much sitting at the computer or lying around watching TV to a greater risk of depression. Based on dozens of studies covering hundreds of thousands of participants, Chinese researchers found that sedentary behavior was linked to a 25 percent higher likelihood of being depressed compared to people who were not sedentary.

The research has limitations, Long Zhai, of Qingdau University Medical College in Shangong, and his coauthors write, but it suggests that physical activity would be a good prescription for preventing depression.

“Although it was a thorough investigation of a relatively new research area, a number of unanswered questions still remain,” said Megan Teychenne from the Centre for Physical Activity and Nutrition Research at Deakin University in Melbourne, Australia. Among these is “whether sedentary behavior increases the risk of depression; or whether it is that those with depression are just more likely to engage in sedentary behaviors such as computer use or television viewing,” said Teychenne, who wasn’t involved in the study. For their report, published in the British Journal of Sports Medicine, Zhai and colleagues combined and re-analyzed the findings for a total of 193,166 participants from 24 previously published observational studies that looked at levels of sedentary behavior and risk of depression.

Two of the studies were conducted in Australia, four in Asia, seven in the Americas and 11 in Europe. Across continents, the researchers found that people with the most sedentary behavior were 25 percent more likely to be depressed overall compared to those who were the least sedentary. The study team also saw differences depending on people’s preferred type of inactivity. Those whose most frequent sedentary behavior was watching TV were 13 percent more likely to be depressed, while those who spent their sedentary time using the computer or Internet, had a 22 percent higher depression risk. The analysis didn’t look at the reasons behind the links.

And, the study team points out, most of the included studies accounted for other factors, like illnesses, that might explain the sedentary behavior, the depression, or both, but those studies may not have taken every possible factor into account. The research team also notes that they cannot rule out the possibility that depression leads to sedentary behaviors rather than the other way around. Nonetheless, that the two go hand in hand is enough to suggest that more activity might be the antidote, they conclude. Teychenne also said that even though the study results are inconclusive regarding the connection between sedentary behavior and mental health, researchers do know that being sedentary is linked to other poor health outcomes like cardiovascular disease and type 2 diabetes.

“Therefore, the message we really need to get out to the public is ‘Move more and sit less,’” she said. “I think it’s certainly an important study, and it shows that there are links but it does point out some issues that we need to think about,” Jennifer Brunet told Reuters Health. Brunet is a researcher with the School of Human Kinetics at the University of Ottawa in Ontario Canada, who was not involved with the study. She added that she doesn’t think all sedentary behavior is a bad thing, and it could provide some escape from the stress of a hard day. “Sometimes people read; people go on the Internet, and unfortunately, the measures that were used in the reviewed studies didn’t always differentiate what we can call healthier sedentary behaviors versus unhealthy sedentary behaviors,” Brunet pointed out.

Still, she said, there’s clear evidence that physical activity is good for the management of depression symptoms as well as clinical levels of depression.

There’s not enough good evidence to suggest that any one specific form of physical activity is best, she added, but research indicates that moderate exercise is most effective. “I often tell people to pick activities that are enjoyable, and that’s the key to it,” she said. “We don’t want to pressure people to do physical activity, we want them to choose it and one way of choosing it is if they feel it’s an enjoyable activity.” -foxnews