by ToP
in Companies, Featured, More
0 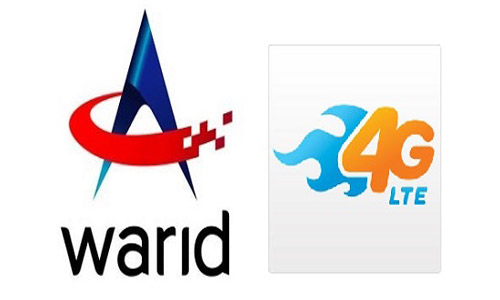 To compete with the winners of 3G/4G licence, Warid Telecom has approached the Pakistan Telecommunication Authority (PTA) to allow the launch of 4G LTE (long-term evolution) service, while the authority is engaged in the process of reviewing this request.

“PTA (Pakistan Telecommunication Authority) is reviewing the request/notification sent by Warid Telecom to start 4G service without obtaining any new licence, and its outcome will be as per conditions (assurance of proper coverage, quality of service, enhanced monitoring requirements and commencement permissions) contained in the licence issued to Warid in 2004,” a senior official at the Ministry of Telecommunication said on the condition of anonymity. He added that Warid has no need to obtain a new licence to launch 4G services in the country nor a commencement certificate from the PTA.

Presently, Warid has around 9 megahertz spectrum that is capable of running the 4G technology, while it has installed long-term evaluation technology at the important points across the country and also made available 4G SIMs for its subscribers. It merits mentioning here that unlike Warid, the other three cellular companies – Ufone, Telenor, Mobilink – did not have 9 MHZ spectrum, which they had to acquire prior to participating in the 4G spectrum licence auction.

However, the expected entry of Warid in the 4G arena may create reservations among the telecom sector, especially the cellular mobile operators (CMOs) who participated in the auction and won licences. Official that Warid only requires a commencement certificate from the Pakistan Telecommunication Authority to roll out 4G services in the country.  They also said the PTA would inspect Warid’s spectrum, its equipment and technology of 4G and would give a go-ahead if satisfied in this context.

However, the cellular company’s licence is not “service neutral” as it has neutralised technology to launch new service of 4G. “Besides sending a notification to PTA, a delegation of the cellular company also met PTA chairman Dr Ismail Shah recently to seek permission from PTA to launch 4G service,” said a senior official at the Telecom Ministry. He also added that Warid telecom is all set to share its work plan with PTA and media very soon.

It is to note here that so far the Chinese-controlled Zong is considered as a sole winner of the auction of 3G and 4G spectra while three auction winners of the 3G spectrum auction were Mobilink, Telenor, and Ufone. The base price for much-awaited 3G licence was $295 million while it was $210 million for a 4G licence. Besides, LTE, commonly marketed as 4G LTE, is a standard for wireless data communications technology and an evolution of the GSM/UMTS standards. LTE is also anticipated the first truly global mobile phone standard and the band used in different countries is meant that only multi-band phones are able to use LTE in all countries where it is supported.

The world’s first publicly available LTE service was launched by TeliaSonera in Stockholm and Oslo on December 14, 2009, while its first large-scale LTE network in North America was launched in 2010 and in India in April 2012. At present, large numbers of countries with 4G LTE penetration are South Korea, Japan, Austrailia, United States, Sweden, Canada, United Kingdom, Germony, Russia, etc. dailytimes