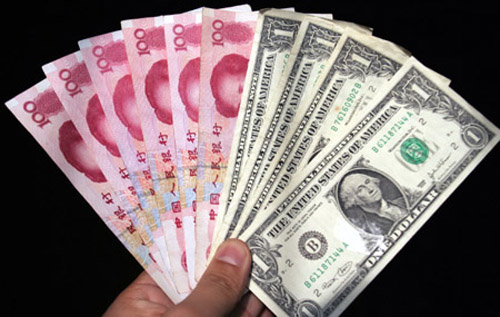 Dollar under pressure in Asia

The dollar weakened in Asian trade Monday following a mixed US jobs report last week while traders await the congressional testimony of the head of the Federal Reserve later in the week.

The dollar was at 101.91 Japanese yen in Singapore mid-morning trade, compared with 102.19 yen in New York late Friday. The euro bought $1.3872 against $1.3869. Financial markets in Japan, South Korea and Thailand are closed on Monday for public holidays. Singapore´s DBS Bank said “markets were unimpressed” by data on Friday showing the US economy added 288,000 jobs in April, the most in more than two years. The unemployment rate fell to 6.3 percent from 6.7 percent in March, the lowest level since September 2008. But the cause was a sharp fall in the size of the active labour force rather than new hirings.

“Markets realised that both labour force and employed had shrunk, amidst a lower labour participation rate and flat wage growth,” DBS said in a note. It said investors will be scrutinising Fed chief Janet Yellen´s testimony to the Congress Joint Economic Committee on Wednesday to see if she provides any clues about the state of the US economy and the bank´s plans for it stimulus programme. “Yellen will probably reiterate her view that the economy, including the labour market, was recovering but not as strongly as desired,” Disclosure Barring Service said. “Overall, there is nothing to suggest that the Fed would roll back its measured process to taper asset purchases, or encourage markets to bring forward rate hike expectations.” thenews