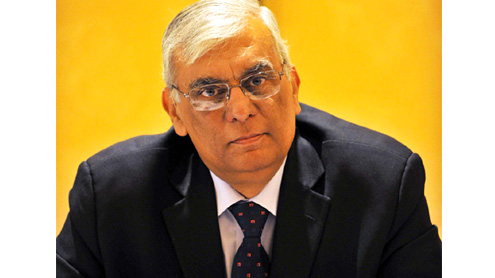 LAHORE: The International Olympic Committee (IOC) has summoned a meeting of representatives of Pakistan Olympic Association (POA) and Pakistan Sports Board (PSB) in Switzerland on February 15 to discuss the ongoing tussle between the two institutions and the present scenario of sports in Pakistan.

Addressing a news conference after a meeting of the POA advisory committee at POA House here on Wednesday, POA president Lt Gen (r) Syed Arif Hasan said it was a very important meeting summoned by the IOC to see and review what was happening in the affairs of sports in Pakistan. “And the POA is confident that a solution will come up in it,” he added.It is pertinent to mention that Pakistan is coming closer to an IOC ban as the PSB is trying implement the National Sports Policy under which no national sports federation main officials can have more than two tenures, and expects the POA to follow suit. But the POA is lawfully refusing to follow the PSB directives, saying the POA is an autonomous body that will only follow the IOC Charter.

The rift between the POA and the PSB over the National Sports Policy reached its height last week when the PSB held its executive board meeting in an unlawful manner and without inviting major stakeholders in Islamabad. It was for the first time in the history of Pakistan sports that the main members of the executive board were not present during the 21st meeting and illegal and unconstitutional decisions of formation of an ad-hoc committee and holding the 32nd National Games again in the federal capital were taken.

Arif told reporters that the POA advisory committee attended by 44 representatives of different national sports federations, services and departments expressed full confidence in the working of the National Olympic Committee of Pakistan and discussed a number of important issues relating to sports. The POA chief said the IOC and the Olympic Council of Asia (OCA) were monitoring the situation of sports affairs in Pakistan and they had expressed their full support to POA after the PSB formed an ad-hoc committee for holding the National Games. “We strongly believe that the IOC meeting will thoroughly discuss the present crisis which has engulfed Pakistan sports scene after some illegal decisions of the PSB at a meeting held recently,” he said and added: “Our prime aim is to safeguard the interest of sports in Pakistan and we don’t want any confrontation with any institution and we want to find an amicable solution of the issues based on principles.”

Arif said the present tussle between the POA and the PSB was harmful for the cause of sports in Pakistan and there was a dire need to resolve the matter with a mutual understanding from both sides with positive approach keeping in view the future of sports in Pakistan. He said the advisory committee discussed the 32nd National Games held in Lahore and holding of the coming edition of the Games. “The POA general council will meet on February 12 to discuss important issues including the ongoing circumstances and allocating the 33rd National Games.”

To a question, he said the POA was enjoying the support of majority of the national sports federations, services and departments whereas those national sports federations whose cases were in the court of law or those which are illegal were with the PSB to disrupt the smooth working of the POA.“The IOC meeting is very important and it will help the IOC to draw its line of action keeping in view what is happening in the affairs of sports in Pakistan,” he concluded. – DailyTimes