by ToP
in Pharmaceuticals
0 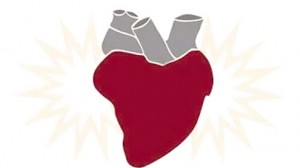 A new drug that lowers stroke risk among people with an irregular heartbeat may give the old standby, warfarin, some competition, a new study shows.Individuals with an erratic heartbeat known as atrial fibrillation are at increased risk for ischemic stroke, which is caused by a blockage such as a blood clot. For this reason, they have to take blood-thinning medications to lower this risk. Warfarin (also known as Coumadin) is considered the gold standard medication, but it often requires monitoring, adjustments and stringent dietary restrictions.

The new trial pitted the newer drug, rivaroxaban (Xarelto), against warfarin in more than 14,000 patients who were randomly assigned either warfarin or rivaroxaban. Neither the patients nor the doctors knew who was taking which drug.The new agent proved to be as effective as warfarin at reducing the risk of ischemic stroke — the most common kind of stroke — but it did not need to be monitored as closely as warfarin since it is given as a one-size-fits-all dose.Although potentially lifesaving, all blood-thinning drugs confer a risk of potentially life-threatening bleeding. The two medications had similar bleeding rates overall, but the new agent was less likely to cause fatal bleeds or bleeding in the brain, according to the study, which appears in the Aug. 11 issue of the New England Journal of Medicine .

In contrast, bleeding in the gastrointestinal region occurred more often in the rivaroxaban group, as did bleeds requiring transfusion.The study was funded by Johnson & Johnson Pharmaceutical Research & Development and Bayer Healthcare, the makers of rivaroxaban.The new drug is already approved to help prevent deep vein thrombosis, or blood clots that form deep in a vein somewhere in the body, usually the leg. Rivaroxaban is not the only new blood thinning drug in the pipeline, however: Pradaxa (dabigatran etexilate) recently got the FDA’s nod for lowering stroke risk among people with atrial fibrillation, and Eliquis (apixaban) is also making its way down the drug development pike.

Study author Dr. Manesh R. Patel, an assistant professor of medicine at Duke University School of Medicine in Durham, NC, said that the new agent may be “a reasonable alternative to warfarin, with less intracranial or fatal bleeding.” Many people on warfarin need to have their blood monitored to ensure that a blood clotting test known as the International Normalized Ratio (INR) is where it should be, and there are also many dietary restrictions, he noted.

“You can’t eat broccoli and other vitamin-K rich foods” on warfarin, Patel said. In contrast, the new drug is taken once daily and has a more consistent effect. “It is a useful alternative with fewer drug-drug and drug-food interactions and may be significantly easier to take,” Patel said. If and when the drug is approved to treat atrial fibrillation, doctors will have to develop an appropriate way to transition patients from warfarin to the new drug, he said.

Dr. Gregory J. del Zoppo, a professor of medicine at the University of Washington Harborview Medical Center in Seattle, wrote an accompanying journal editorial. He said that the multiple analyses in the new study had “muddied the waters” regarding rivaroxaban’s efficacy. “Some people do well with warfarin and don’t complain about one blood draw a month and watch what they eat,” he said. “For those folks, warfarin is still the standard.”On the other hand, the new agent may be an option for people who are more difficult to manage on warfarin, he added. “There are a number of people who are difficult to control and for whom the monitoring is complicated and intrusive, and they have to go monthly or weekly to have blood drawn,” he said.

Dr. Kousik Krishnan, associate professor of medicine at Rush University Medical Center in Chicago, said that the new drug and others like it “will be game-changing for all of us that treat atrial fibrillation.”Warfarin has a lot of issues in terms of how it is managed and side effects, and this medication will overcome almost all of them, he said. “It is the same dose for everyone so there is no monitoring,” he said. “A great inconvenience is taken away and you don’t have to worry about diet as much and don’t have to worry about drug-drug interactions that are so commonplace with warfarin,” he said.

“We have this old drug that is well-tested and been on the market for decades, [and] we have these new medications that don’t have the same length of track record, but in large studies, they have very good safety and efficacy data and they decrease some of the Achille’s heels of warfarin,” he said. “We won’t lose anything in stroke prevention and we will gain on these other fronts.”Dr. Ranjit Suri, the director of the Electrophysiology Service and Cardiac Arrhythmia Center at Lenox Hill Hospital in New York City, said that “we are excited to have alternatives to warfarin, and the simplicity of use is attractive because there is less need for monitoring and it is probably as effective as warfarin.”

This new agent may be the best choice for individuals at risk for intracranial hemorrhage due to personal or family history of stroke and/or other factors, as well as who have a hard time getting their INR in check.But there are some unknowns, Suri warned. Vitamin K is an antidote to warfarin in the event of an overdose, but there are no known antidotes to the new drugs yet — a caution that del Zoppo also mentioned.And then there’s cost: del Zoppo worries that the newer medications, including rivaroxaban, may also be prohibitively expensive. – Yahoonews

Scientists Close in on Origins of Psoriasis, Eczema