by ToP
in Featured, Pharmaceuticals
0 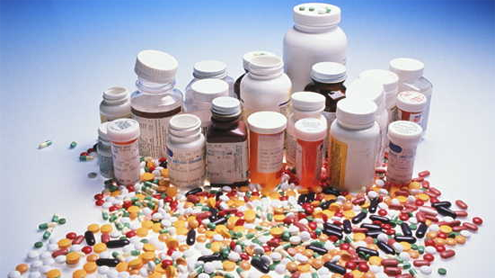 New research finds that patients with a single illness who take multiple drugs – referred to as “polypharmacy” – have a higher risk of hospital admission, compared with polypharmacy patients with multiple health conditions, who have a “near-normal” admission risk.
This is according to a study published in the British Journal of Clinical Pharmacology. The study researchers, led by Dr. Rupert Payne of the Cambridge Centre for Health Services Research in the UK, say that their findings suggest a need for doctors to take “more sophisticated approaches” when prescribing medications to patients.

The incidence of polypharmacy is growing, according to the investigators, mainly because the number of elderly people is increasing and more people are being diagnosed with multiple illnesses.

However, the researchers note that increasing numbers of prescribed medications have been associated with a series of adverse health outcomes.

“These include high-risk prescribing, adverse drug reactions and death. Excessive numbers of medicines may contribute to poorer medication adherence, as well as being associated with lower quality of life,” the study authors write.

They assessed the number of medications each person was receiving and linked this to the number of times each patient was admitted to a hospital the following year.
Assumption that polypharmacy is always hazardous is ‘misleading’

“The commonly held assumption that polypharmacy is always hazardous and represents poor care is misleading. Our work shows that we need more sophisticated approaches to assessing the appropriateness of each patient’s set of medicines.”

He adds that these improved approaches are particularly relevant to medication prescribing in general practice, as it is in this environment where most of the long-term clinical care is carried out, and where clinicians prescribe drugs for long periods.

“It is particularly important at times when doctors are caring for older patients and those with multiple medical conditions in whom multiple medications are often used,” Dr. Payne adds.

The research team notes that the findings of this study are strong, as they directly analyzed the interaction between morbidity and medication burden – something they say other studies looking at polypharmacy have failed to do.

Dr. Payne adds that future research that measures the impact of pharmacology should adopt more “sophisticated and nuanced approaches.”-medicalnewstoday