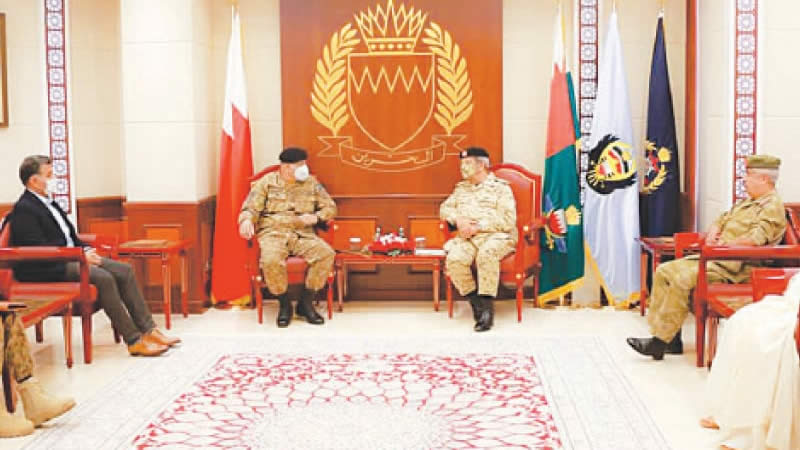 The Inter-Services Public Relations (ISPR) in a statement said: “Current developments in Afghan peace process, border security and necessary steps to be undertaken to facilitate an Afghan-led and Afghan-owned peace process were discussed” during the meeting which was held on Tuesday.

It was reportedly part of the international efforts to accelerate the Afghan peace process that is virtually stalled at the moment and included key players in the process.

The meeting has taken place at a time when the United States is planning to request the United Nations to convene a meeting of the foreign ministers and envoys from Russia, China, Pakistan, Iran, India, and the US so that the regional countries could develop a unified approach for supporting the peace process.

The Biden administration has also proposed a ‘power sharing agreement’ between the Afghan government and the Taliban.

Secretary of State Antony Blinken, in a letter to President Ashraf Ghani, underscored the urgency for a political settlement of the Afghan dispute, while warning that “Taliban could make rapid territorial gains” in the eventuality of a US withdrawal. The US, under an agreement signed with the Taliban in February 2020, has to complete its withdrawal from Afghanistan by May 1.

US Special Envoy for Afghan Reconciliation Zalmay Khalil-zad, who visited Pakistan on Monday, in his meeting with Gen Bajwa stressed the need to accelerate progress towards “a just and durable peace” in Afghanistan.

Russia is, meanwhile, hosting a meeting of the ‘extended troika’ on March 18. The US, China, Pakistan, Afghan government and the Taliban have been invited to the meeting by Moscow.