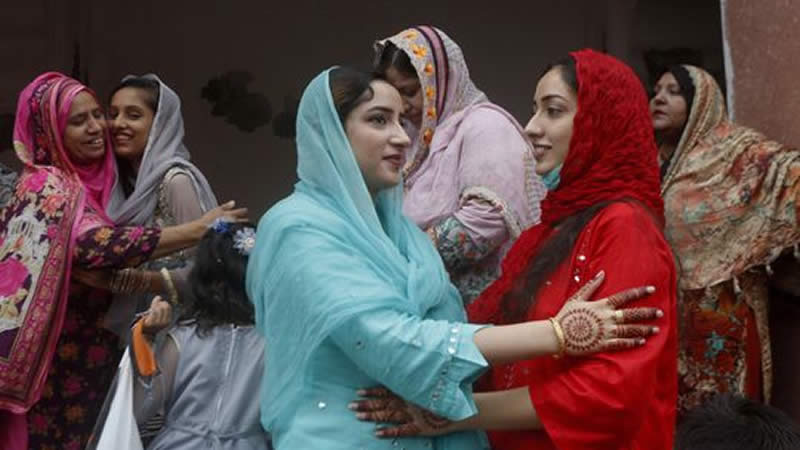 Experts have ruled out the possibility of a large-scale coronavirus outbreak on Eidul Azha like last Eidul Fitr saying a large number of people have recovered from the infection and developed immunity.

Khyber Pakhtunkhwa on Friday recorded five Covid-19 deaths, which took its overall tally of the people killed by the virus to 1,199.

According to a government report, 98 more new people were diagnosed with coronavirus in the province, so the total count of such local cases reached 34,056.

Prof Khalid Mahmood at the Lady Reading Hospital told Dawn that a spike in Covid-19 cases was unlikely to happen after Eidul Azha.

“Eidul Azha is a bit different from Eidul Fitr as socialising, shopping and greeting are not that common,” he said.

The expert also said hot and humid weather and immunity in those people, who had recovered from coronavirus, were going to prevent the virus spread in the community.

He said as 179 more patients had recovered, making an overall number of recovered people 28,629 (84 per cent).

“It is known that so far, the people who have recovered aren’t getting infection again due to the acquired immunity to the virus. The same is the case with many other viral diseases like measles and others.

“How long this immunity will last in recovered patients isn’t known, so race is on for vaccine development,” he said.

Prof Khalid said no concrete local data was available but as a wild guess, 20-30 per cent of the infection-prone and exposed population had had Covid-19, who were unlikely to contract the infection again due to immunity.

He said the population at risk had decreased, so the outbreak’s return may not be that bad.

CEO of Health Net Hospital Professor Mohammad Amjad Taqweem said ‘hot, sweaty and smelly’ whether won’t allow the Eidul Fitr like crowding on Eidul Azha and would provide protection against the virus.

“However, even small parties can prove dangerous. All gatherings, small or big carries risk. Pandemics have done this before. They become quiet, it appears as if they have died out but they come back. This pandemic is behaving exactly like the previous ones. I wish it disappears but the history tells it will come back with vengeance,” he said.

Vice-Chancellor of the Khyber Medical University Prof Ziaul Haq said the virus incidence was on the decline.

“We now know much about it, how to prevent, and manage it.”

The VC said many vaccine and treatment trials were under process.

“The Almighty Allah is so far very kind to Pakistan. Central and provincial governments, all public and private organisations, armed forces, police, business community, academia, print and electronic media, religious and political leaders from all sects, parties and most importantly the people with limited resources and a fragile health system have made themselves a role model for others,” he said.

He said Pakistan’s gains in the fight against Covid-19 was commendable but if SOPs were not followed on Eid and afterwards, cases could surge.

“As a public health specialist, I strongly recommend to community and government to not let your guard down, and it will be very unfortunate to loose from here. The same has happened with Spain and Australia where cases are again on rise,” he said.

The expert said we must not declare premature victory and continue living with ‘new normal’, which included respiratory (mask for all, and cough and sneezing into arm or tissues with safe disposal) and hand hygiene (washing frequently with soap for at least 20 seconds).

“Remember its not yet over until a vaccine or some tangible treatment is developed or virus lose its potency. We are near to victory line but need more efforts to reach there. The last round is the most difficult and frustrating one but don’t forget the golden proverb “all is well that’s ends well,” he said.