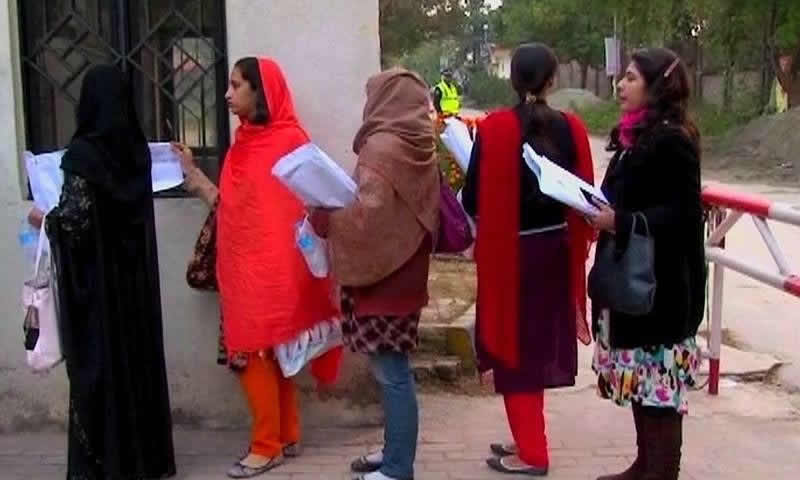 Local government (LG) elections kicked off in the federal capital at 7.00am on Monday and are expected to continue till 5.30pm without any break, Radio Pakistan reported.

Residents of Islamabad will go to the polls today to elect local representatives for the first time under the newly-minted Islamabad Local Government Act, 2015. The last such exercise was held under military rule in 1979 on a non-party basis and was limited to rural areas only.

Islamabad, which now has a population of around two million, has been divided into 50 union councils for the polls. As many as 676,795 registered voters will be electing local councillors and UC chairpersons and vice-chairpersons, who will go on to sit on the Islamabad Metropoli­tan Corporation (IMC),  According to the ECP, 2,407 candida­tes are taking parts in these elections. There are 972 independents, 506 of PML-N, 479 of PTI, 164 of Jamaat-i-Islami and 81 of the PPP. The ECP has set up a control room to register voter complains. The control room can be contacted at 051-9210816, 9210817, and 9210818.

All government departments, including federal ministries in Islamabad Capital Territory, will close at 2:00pm this afternoon to enable government employees to cast their votes. The start of voting at certain polling stations was delayed as polling materials reached the stations late, DawnNews reported. Other reasons reported for the delay in polling are a lack of training provided on how to vote, misprinting of candidate’s symbols on ballot papers and provision of dry stamp pads.

Murray on 'top of the world' after Davis Cup win