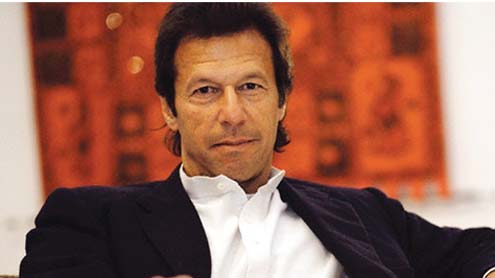 ISLAMABAD: Pakistan Tehreek-e-Insaf (PTI) Chairman Imran Khan said on Wednesday his party would stand by the army when the time comes to launch a military operation to combat terrorism.

However, talking to media, Imran deplored that the country is heading towards a military operation in North Waziristan because such operations in the past had not yielded results.

He noted that Prime Minister Nawaz Sharif has travelled the world since coming to power, however, no good came out for the country from his international visits. The PTI chief’s statement came a day after at least 40 people were killed in air strikes in North Waziristan.Imran Khan denounced Prime Minister Nawaz Sharif for his alleged failure to hold peace talks with the Taliban. The PTI chief said this while talking to media persons in Islamabad.

He said, “We stand by the army We should have been taken on board if government wanted to launch a military operation.” It appears as if government is headed for the operation now, he noted.

“The APC had mandated the federal government to negotiate with militants. But where are those talks?” he questioned.Responding to a question, Imran said that the armed forces had rendered huge sacrifices. “Who wants talks and who not could have become known only after the dialogue process.” He said that the war against terrorism could have been won by involving tribesmen.

“The military operation would be a victory for those who didn’t want to see talks,” he asserted. The PTI chief also deplored militants’ attacks on health workers, saying that polio is a serious health issue. agencies