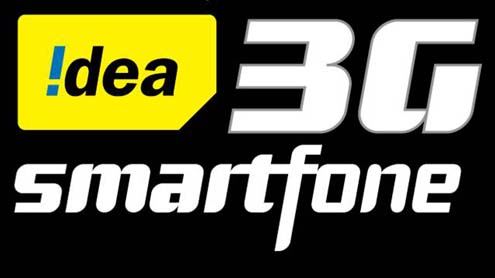 KARACHI: To realise heavy foreign investment prospects through spectrum auction, the government of Pakistan should address the stakeholders’ considerations by logical and rational policy and regulatory measures, said industry experts.

Experts said that offering diverse and complete spectrum combination can attract higher bids instead of creating artificial scarcity in a bid to boost auction yields. Rather diverse combinations of different bands, multiple arrangements like FFD and TTD, according to a clear broadband spectrum vision, need to be brought forth to enable optimal business cases, they added.

Pointing out the most important concern they said that level of taxation on telecom sector especially in comparison to similar economies is a big concern especially in view of intense competition and profitability of investments into Pakistan’s telecom sector. Right of way (RoW) cost and rentals have become indirect taxation for telecom sector in Pakistan as the Cantonment Boards, Defence Housing Authorities are charging unjustified rentals for the installations in their jurisdiction, they added.

Experts were of the view that since 3G network needs concentrated and carefully designed coverage to offer the best value to the consumer, such rental and RoW charges by the local authorities which are against the reasonability requirement imposed by the law will pose serious constraints in 3G roll out. They urged the government that the issue needs to be addressed on priority basis.

Discussing another significant issue they said that clear cut spectrum availability and a clear identified roadmap would definitely help so that existing and new aspirants can build into their diligence planning and business case calculations.

Since telecom sector and performance of the foreign investment in the sector are benchmarks for all expected substantive investment into other sectors and being the most relevant example of a competitive market and flagship example it should be the government’s objective to remove all negativity and growth barriers prior to the frequency spectrum auction for instilling confidence into the market and to ensure success of the initiative, said the industry experts.

The amount of spectrum made available and the block size are definitely the most important concern which need more careful consideration by the government, they added. Commenting on a the govenrment’s expectation to attract new entrants they said that despite utilising the potential investment capacity of existing Cellular Mobile Operators (CMOs), the government is more depending on least possible options to earn gigantic revenues from new entrants by new generation technology auction.

Prominent industry experts criticising the govenrment’s progress regarding 3G/4G licences’ auction said that while the existing four international giants having long-term roadmap are geared up to excel their investment more in Pakistan by purchasing new generation technology licences the government is pursuing an unrealistic approach.

In the last few years, many times four CMOs in Pakistan have already expressed their willingness to buy spectrum licences but the delaying tactics and unrealistic revenue targets by the government are still keeping uncertainty over the Pakistan’s biggest venture of the decade. The government is intending to offer only three licences while four current players desperately want licences, so the government should allocate spectrum to all four existing players for the good omen of consumers, said the experts.

The licence for this service will be technology neutral and the licensees will be able to deploy any technology including 3G/4G/LTE/any other upcoming technologies. Dailytimes