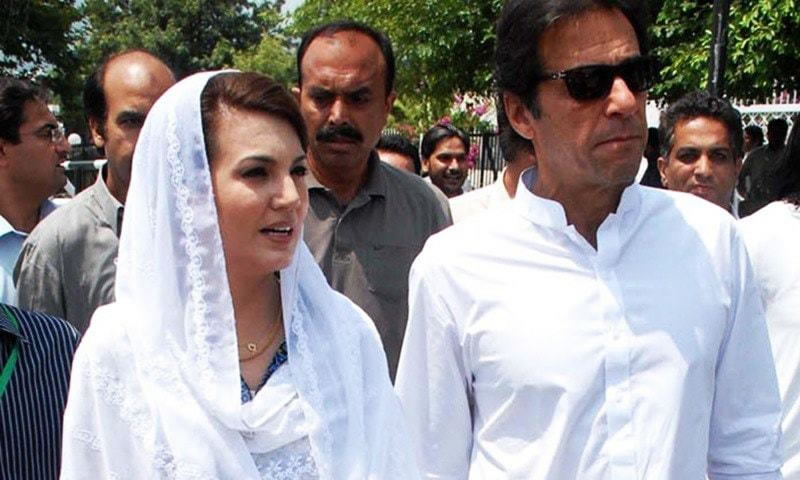 In a potentially embarrassing move for Pakistan Tehreek-i-Insaf chief Imran Khan and his spouse Reham Khan, the Khyber Pakhtunkhwa planning and development (P&D) department has formed a committee to discuss with both of them the special projects of the provincial government.

A copy of notification No SO(E)P&D/Projects/2009 available with Dawn says the competent authority is pleased to constitute a committee headed by the chief economist to discuss the progress of the special projects of the provincial government and recommend improvements (if any) to Mr Imran Khan and Mrs Rehman Khan. The committee is headed by P&D chief economist Mohammad Ayaz, while among its members are senior chief at the energy and power department Dr Idress Masood, chief (infrastructure) Abdul Halim Bangash, chief economic analyst Qaisar Alam, chief (industries) Mian Asim Ismail, chief (rural development) Islam Afridi and assistant chief (education section) Nadeem Ahmad. The notification dated Oct 27, 2015 was issued by Faheedullah Khan, section officer (establishment) of the P&D department.

The move drew a lot of criticism on the social media as some critics said on one hand, the ruling PTI had been propagating to end dynastic and family politics and on the other, such steps had been taken in contradiction to its stand. Soon after the notification started drawing flak, the relevant officials got panicked and offered contradictory explanations. An official in the department told Dawn that the notification had been withdrawn. There was no word on why in the first place, the notification was issued and who ordered the formation of the committee. Similarly, the official could not provide a copy of any other notification for corroborating his point. Another official requesting anonymity said it seemed that the notification was deliberately issued to defame the government as it did not bear competent authority’s signature.