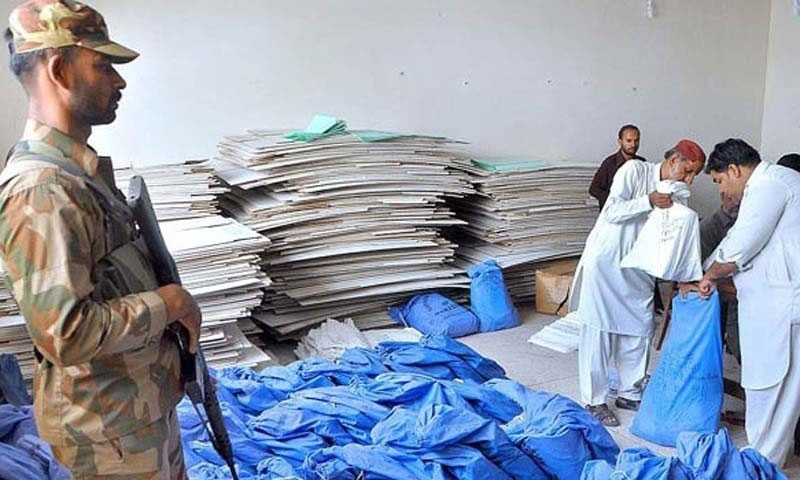 Following the end of election campaigns for the first phase of local government elections in Punjab and Sindh, all presiding officers will be bestowed with the powers of a ‘magistrate first-class’ from today and polling will be held from 7:30am to 5:30pm on Saturday.

In a statement on Thursday, the Inter Services Public Relations (ISPR) announced that army troops had been called in by the civil administration for maintenance of law and order in sensitive districts only for the upcoming local government elections. “Troops will assist law-enforcement agencies when and where required. However, conduct of elections will remain the responsibility of the Election Commission of Pakistan (ECP),” the announcement said. But with elections just a day away, the ECP has yet to release data on sensitive polling stations in eight districts of Sindh. Sources told Dawn that around 65 per cent of the polling stations in the province had been declared sensitive. Out of a total of 4,031 polling stations, 1,557 have been marked highly sensitive and another 1,053 were deemed sensitive.