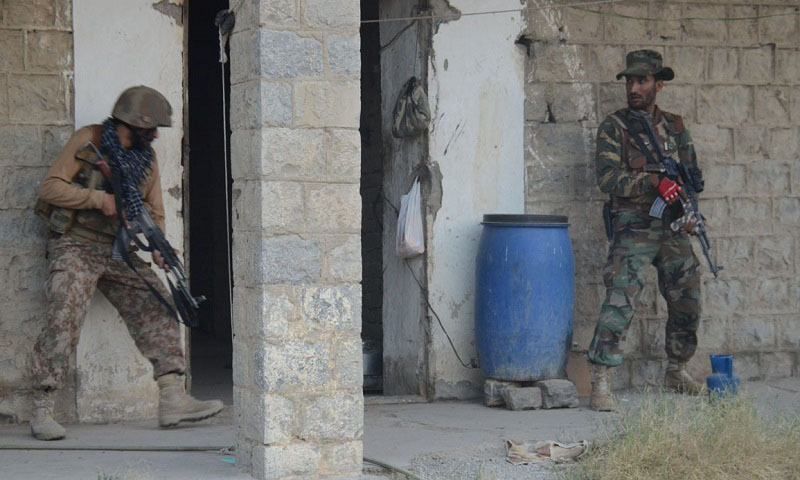 Fighting for the control of what appears to be the last stronghold of Pakistani militants in Tirah Valley has been intense as the military claims to have cleared two-thirds of what could be the last leg of the large-scale operation across the seven tribal regions.

The valley with dense forests and dominating mountain features, stretching over roughly 1500 square kilo metres, has been serving as the last redoubt to many of the Pakistani militant groups and their foreign allies pushed out from their previous sanctuaries in Pakistani tribal regions along the Afghan border. “This is the last of the major battles we have fought against militants,” a senior security official said. “And this has been the most intense as well,” he said, requesting he not be named because he was not authorised to speak to the media. In one battle that continued for three days for the control of a strategic ridge that overlooks the plains of Peshawar and Afgha­nistan’s eastern Nangarhar province, Pakistani troops suffered one of their heaviest casualties. Sixteen soldiers, including a major of the Pakistan Army, lost their lives while dozen others sustained injuries, including two officers. Reinforcements were sent in and the Kidney Ridge as the military calls it for its shape that had changed hands was recaptured. Government officials say Operation Khyber-2, a sequel to Operation Khyber-One that saw the military sweep through the plains of Bara in Khyber tribal region, would have a far-reaching effect on security in Peshawar and beyond.

“Tirah is the last major redoubt of the various Pakistani militant groups,” a senior government official said. “You name them and they are there,” he said, also requesting he should not be named because he was not allowed to speak to the media on operational matters. “From the newborn Daesh – the Pakistani branch of the so-called Islamic State, to Tehreek-i-Taliban Pakistan, to Lashkar-i-Islam to Tehreek-i-Taliban Pakistan Jamaatul Ahrar, all of them are there, together with some of their foreign friends,” the official said. “About two thousand and five hundred of them are fighting their last battle to retain the control of the valley,” the official said. “The area is heavily mined and then they were controlling dominating features.” Thousands of Pakistani troops, including units from the elite Special Services Group, backed up by jets had mounted their last major offensive. Security and government officials say they have cleared two-thirds of the valley, taking control in the process of some of the strategic mountains and passes, including Madatal Kandao that connects with Afghanistan and had been used by militants and narcotics smugglers to cross the border.

Hundreds of thousands of people had to leave the plains of Bara following Operation-One against the banned Lashkar-i-Islam, a militant group led by a local `commander’, Mangal Bagh. The area has since been cleared and in the first phase, repatriation of thousands of families has already begun. Tirah straddles Tora Bora, the valley that served as the last sanctuary of Al Qaeda before its leadership escaped into Pakistan’s tribal region following the American invasion of Afghanistan in 2001. The Pakistan Army, that had stationed a small unit in the valley to help plug escape routes, pulled out immediately afterwards. “It was difficult to sustain our presence their due to logistic problems,” the security official said. Security officials say that after initial resistance, militants were abandoning their positions and fleeing. The military says it has killed more than three hundred in the battle for Tirah so far. Security officials, however, say the figure could be much higher due to intense bombing by jets. “There is a sense of demoralisation within the ranks and files,” said a security official, citing militant intercepts. “They are on the run.”

Two Elephants Stop Truck from Tipping off Side