Two Elephants Stop Truck from Tipping off Side 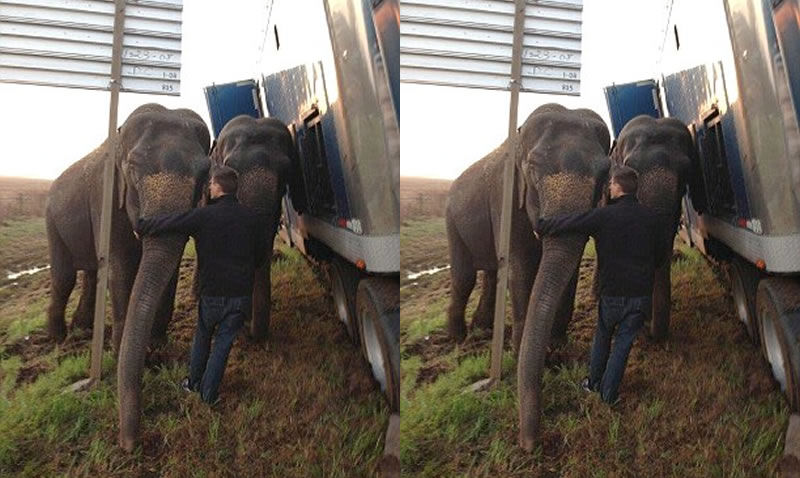 Louisiana authorities responding to a tractor-trailer stuck on the muddy shoulder of a highway were astounded to see what was keeping it from overturning: elephants.

The Natchitoches (NAK-uh-tesh) Parish Sheriff s Office says the truck was carrying three elephants from New Orleans to Dallas but got stuck Tuesday when it pulled over onto the soft shoulder of Interstate 49 near Powhatan, about halfway through its trip.

The truck was leaning toward a ditch. The driver led two of the elephants onto the slope between the truck and ditch and used them to help prop it up. Police did not say who owns the elephants or the tractor-trailer. A wrecker pulled the rig out of the mud. The driver was not cited.