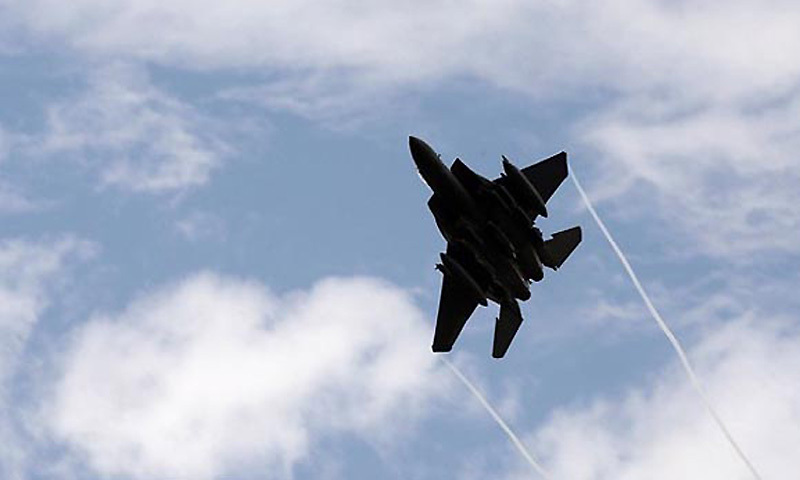 At least 35 suspected militants, an unspecified number of foreigners among them, were killed when military planes shelled their hideouts in North Waziristan Agency on Sunday. According to the Inter-Services Public Relations (ISPR), the air strikes were conducted in Dattakhel tehsil.

The conflict zone is off-limits to journalists, so there is no way to independently verify the number and identity of those killed. Officials said that over 1,200 suspected militants had been killed since the army launched Operation Zarb-i-Azb in North Waziristan in June 2014.

The administration had lifted curfew from the area after 20 days on Friday.“In precise aerial strikes 35 terrorists including some foreigners were killed today…” the ISPR statement said. Arab and Central Asian militants sought sanctuary in tribal areas after fleeing the US-led invasion of Afghanistan in 2001. -dawn