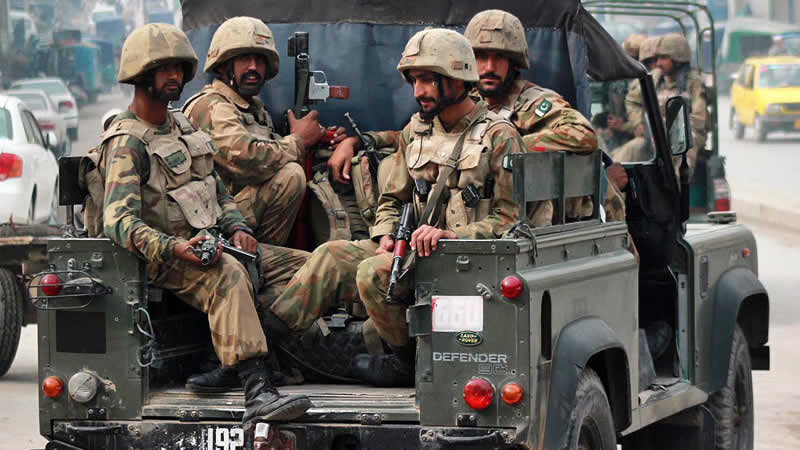 Security forces have killed four terrorists during intelligence based operations in Kohlu and Dera Bugti.

According to Inter-Services Public Relations (ISPR), terrorists’ camps were dismantled and improvised explosive devices and communication equipment recovered from them.

A soldier of FC Balochistan was also injured in the course of the operation.

The killed terrorists were involved in extortion, kidnapping for ransom, attacks on security forces and other sabotage activities.