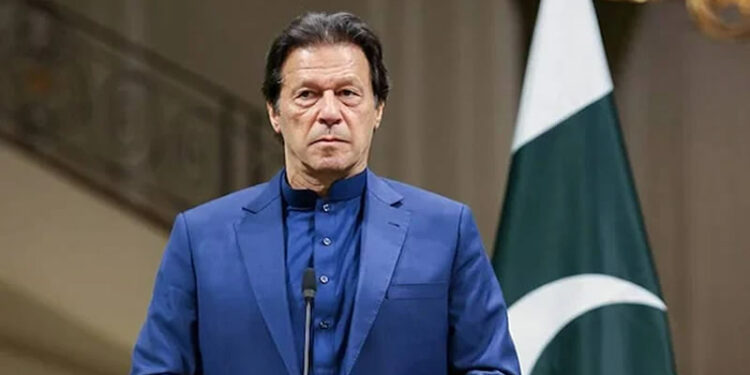 courtesy via the news internatinoal

Prime Minister Imran Khan on Monday directed the authorities concerned to take necessary measures to bring down prices of essential commodities to give maximum relief to the common man.

Presiding over a meeting to review the overall economic situation in the country, the economic team informed the prime minister of the inflationary trend in the international commodity market and petroleum prices.

“Like our exemplary response to the Covid-19 pandemic, we are working hard to mitigate negative impacts of international inflation, especially in petroleum products and food items,” PM Imran said.

He said that stabilizing macroeconomic indicators in the country was among the government’s priorities to spur economic growth. The PM also directed his economic team to take every possible step to provide relief to the common man. Earlier, the prime minister was briefed about the overall economic situation in the country.

During the day, the premier also had meetings with other delegates from political, business and sports fields.

Punjab Chief Minister Usman Buzdar called on PM Imran and discussed the provincial law and order situation. In addition to this, the CM also briefed the premier on the situation arising after the government’s agreement reached with the banned outfit Tehreek-e-Labbaik Pakistan (TLP).

“Pakistan has no dearth of talent and the government is taking measures to provide better facilities to young players,” the premier said in a meeting with legendary cricketers Sir Vivian Richards from West Indies and England’s David Gower, who called on him here.

Both the cricketers appreciated the performance of the Pakistan team in the recent matches of the T20 World Cup. During the meeting, views were exchanged on promoting domestic cricket especially the provision of facilities and opportunities for young players.

The PM added that instructions have been given to the authorities concerned for the development of playgrounds in every area of the country so that children and youth can get opportunities for healthy entertainment.

In a meeting with businessman Aqeel Karim Dhedhi, the premier stressed the need for growth in the large-scale manufacturing sector so as to ensure employment opportunities for skilled workers.

The prime minister added that the government was focused on lasting economic stability in the country. Despite the Covid-19 pandemic, he said the government “remained successful” to carry out medium to long-term economic reforms that led to the stability of the economic profile.

The appreciated the government’s measures for the economic revival in the country. He foresaw them as having a far-reaching positive impact on the industrial growth and economic growth of the country.