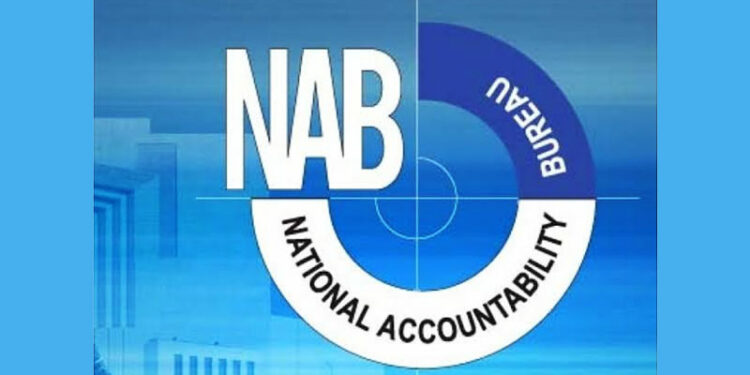 The finance ministry on Thursday disclosed that the National Accountability Bureau recovered and deposited only Rs6.5 billion in the kitty since its inception, giving a serious blow to the anti-corruption watchdog’s claim of recovering over Rs821 billion.

The actual amount that NAB recovered and deposited in the federal consolidated fund is just Rs6.5 billion, Tanvir Butt, the additional secretary budget informed the Senate Standing Committee on Finance.

Out of the Rs6.5 billion, the recoveries during the period of Pakistan Tehreek-e-Insaf government (2018-19 till September 2021) were mere Rs1.4 billion or 21.5 per cent of the total recoveries, according to documents submitted by the additional secretary budget.

NAB had recently claimed that it recovered worth Rs535 billion directly and indirectly from the corrupt elements during the past three years. But, such claims falls flat in light of the documents submitted by the finance ministry before parliament’s arm.

The highest amount recovered since 1999 was during the period of the PML-N government (2031-14 to 2017-18) when the anti-graft body had recovered worth Rs3.93 billion or nearly 61% and deposited into the kitty, according to the finance ministry.

The record submitted before the standing committee showed only Rs368 million worth of recoveries during General Musharraf regime that too during the last two years of the Musharraf regime. During the PPP tenure, the recovered amount stood at Rs771 million or 12% of the total recoveries.

“The Finance Division while preparing this brief relied on the federal civil account report, which is authentic regarding the actual receipts in federal government’s account No 1,” according to the written statement submitted by the finance ministry before the body.

Butt further said that on the inquiry by Finance Division, NAB shared the detail of Rs821.5 billion “but we do not know where this money is,” as it has not been deposited in the federal consolidated fund.

Only NAB can answer about the recovery claims of Rs821.5 billion, said Butt.

The finance ministry told the standing committee that NAB told it that worth Rs821.5 billion had been recovered till September 2021. Such an amount included worth Rs76.9 billion shown as recoveries against voluntary return and plea bargain recoveries. Another amount of Rs121.7 billion is shown as bank loan default recoveries, Rs59.7 billion recoveries under restructuring of loans, Rs16.7 billion worth of recoveries against the PCBL case and worth Rs45.9 billion fines imposed by the courts.

NAB has shown worth Rs500 billion as “indirect recoveries”.

To a question raised by Senator Saleem Mandviwala, the additional secretary for finance responded that it was not known where the recovered money was collected. “The money was not being deposited in government accounts. It is not known in which account NAB deposited the recovery of Rs821 billion,” he added.

The committee members discerned that no one in the country has a record of such a huge amount of money, which is a matter of concern.

After deliberation, Committee Chairman Talha Mehmood decided to pen a letter to the Auditor General of Pakistan and the DG Accounts of NAB and summoned both figures in the committee’s next meeting. The committee chairman let out that the amount recovered by NAB would also be audited.

PML-N Senator Musaddiq Malik inquired from the central bank whether any money was recovered from abroad by the national-graft buster. SBP Deputy Governor Murtaza Syed said that the central bank would reply after checking the record.

NAB statements showed that out of the total recovery of Rs714 billion in white-collar crime cases since its inception in 1999, the anti-corruption watchdog recovered over Rs535 billion during the last three years with its Rawalpindi region chapter showing best performance through its major contribution to the recoveries.