The Nexus Between Internet and Education

by ToP
in Education, Pakistan
0 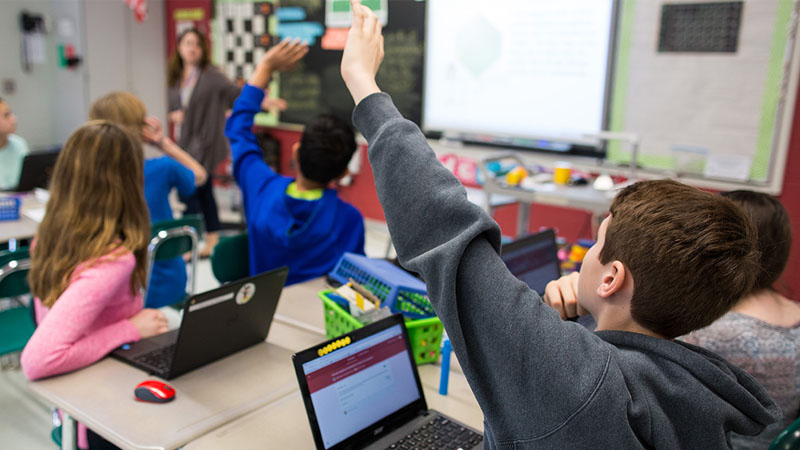 Indubitably, the internet use has touched the sky. As time passes, it is increasingly getting used more and more across the world. The multitudinous goals and objectives set by people are now being met with the help of internet. For long, people have been unreservedly performing this job. But one common goal the entire globe has set to attain is to reap the benefits of internet to bring stellar performance in the education sector.

The question is; to what extent is internet being used for educational purpose? Let’s see what global index says. As per the Statistics released by a report titled; “Digital 2019: Global Internet Use Accelerates” the number of internet users with a middling of over one million new users a day is growing fast, with all of the original ‘Next Billion Users’ now online. It further reports that the current number of internet users is 4.39 billion in 2019, with an increase of 366 million (9 percent) versus January 2018.

As mentioned above, the internet use has multiple purposes throughout the globe but more specifically, in common, it is getting widely used for the educational purposes. Gone were the days, where people were studying corkingly sans Internet. It is said, to crank out a paper people used to read hundred pages in they were bookworms but this enthusiasm is now no more with us. At present, it has turned as, people read one page to write hundred pages. To some extent, this cannot only be labeled misfit but can also be called level of intelligence. If we look into this matter with a different perspective, it is about to squeeze the throat of gusto of reading more and learning more.

Not only the number of internet users is increasing but also the new features of internet are getting introduced in the market. Clone media are especial in this matter. These are the applications having the functions alike, such as Messenger, WhatsApp, IMO, and so on. These applications are highly getting used for the purpose of education. Students and teachers have an easy link to communicate with one another the academic activities through these clone media – applications.

Let’s now step once in the studies – done in this conjunction – to know if there is a better nexus between internet use and academic achievements. A study has revealed that internet has a positive impact on education by widening the communication ground among classmates, teachers and students as well. Another carried out study expounds that the use of internet boosts the academic performance. On the flip side, multiple studies have carried out the opposite results which reveal that there is a great chance of internet addiction among the students and it causes their academic failure. By the way, studies, concerning the link between education and internet, carried out globally go against the findings of aforesaid studies but still the question remains to be answered.

There is no issue with the use of internet but the issues is of how students use it. Beyond any shade of doubt, the internet has facilitated the students with access to information as easy as ABC to execute research, and to prepare for examinations in the bargain. But the pity thing is that this practice is being done on the exact time of examinations. In doing so, they may not chance upon a proper and appropriate information regarding their subjects.

They also use internet for the limited things and for limited time. In addition to this malpractice, they limit themselves to selected things but do not take a stab at gleaning more and more information, and seeking for literary things like books, articles, magazines and so ahead.  Most of all, they do not make efforts of using internet for expanding their level of knowledge by surfing different academic works carried out ecumenically. One of the biggest harms the internet has done to students is; it has stilled the students to crack the books.

Above all, overuse of internet also shortens our time to study. To respond the emails or to text messages there should be specific time. Internet use has no doubt variety of benefits but now these benefits are getting supplanted with harms only because of its overuse and also misuse. The students must be schooled in this phenomenon.