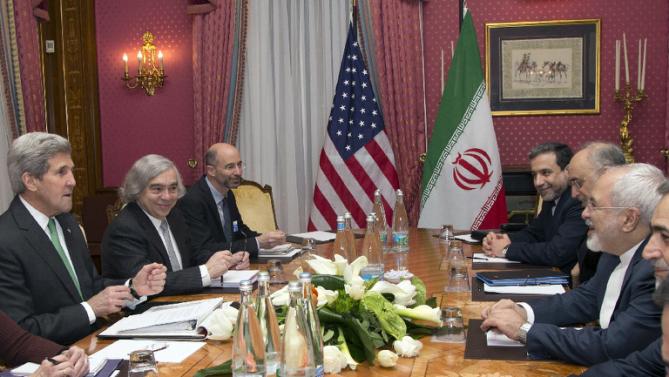 The head of the Iranian Atomic Energy Organisation Ali Akbar Salehi said, quoted by state television’s website. “In most of the issues we have come to mutual agreements — we have differences only in one major issue which we will try to solve in this evening’s meeting” between Iran’s Foreign Minister Mohammad Javad Zarif and US Secretary of State John Kerry.

Salehi appeared more optimistic than a senior US official at the talks in the Swiss city, who said key disagreements remain ahead of a March 31 deadline to agree the outlines of a major nuclear deal.

Zarif and Kerry met for almost five hours on Monday before Zarif went to and from Brussels to meet European foreign ministers and EU foreign policy chief Federica Mogherini. The Iranian and US top diplomats met again on Tuesday morning.

Political directors from the other five world powers involved — Russia, China, Britain, France and Germany — began arriving in Lausanne on Tuesday and were due to meet on Wednesday, the EU said. -AFP