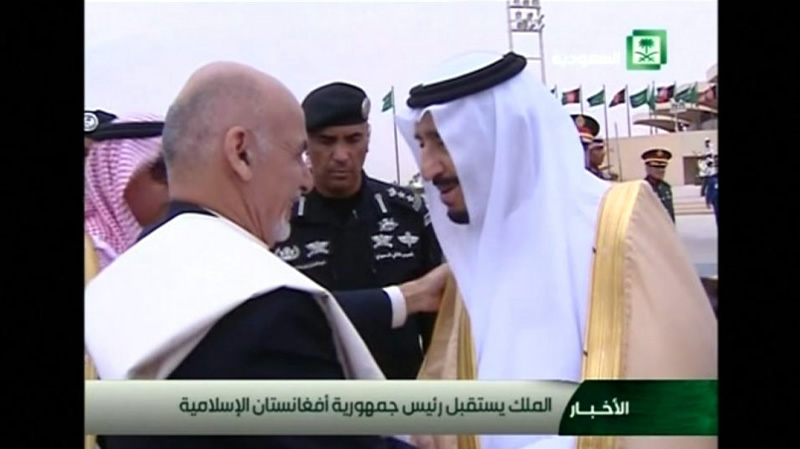 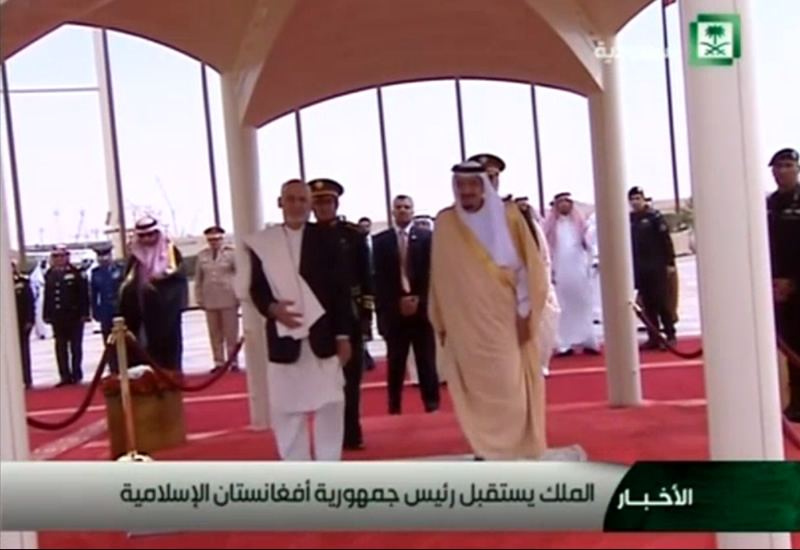 Ghani was greeted by Saudi Arabian King Salman bin Abdulaziz and other Saudi officials before a welcome ceremony with a military band.

[contentblock id=2 img=gcb.png]
The president and King Salman talked and were served tea in an airport building before leaving by car. The Afghan President’s website said the official visit would last for two days. He is due to meet King Salman along with other officials.
Tags: international newslatest newsworld news
Previous Post