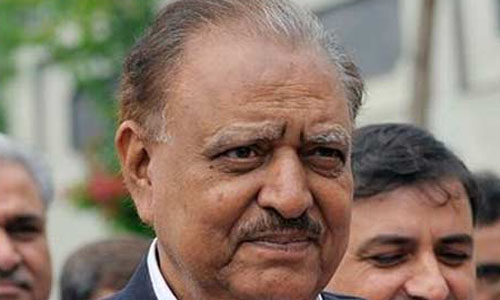 President Mamnoon Hussain is likely to highlight the achievements of the government and issue future guidelines as per past tradition. According to constitutional provisions, the President has to address a joint session of Parliament at the beginning of the first session of the National Assembly after a general election or at the start of every parliamentary year. Former President Asif Ali Zardari had created history by addressing six consecutive times to the joint sitting of Parliament. – SAMAA