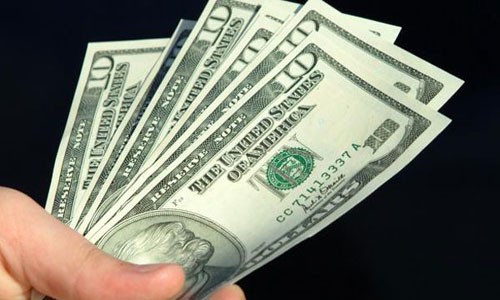 The dollar rose in Asia on Monday as upbeat Chinese manufacturing data lifted investor sentiment ahead of key US jobs data later this week, while weak Japanese economic data weighed on the yen. In midday Tokyo trading, the greenback fetched 102.04 yen compared with 101.75 yen in New York Friday afternoon.

The euro rose to 139.08 yen from 138.75 yen, while it weakened to $1.3626 against $1.3630 in US trade ahead of this week´s European Central Bank board meeting that many expect will see an easing of monetary policy. On Sunday, the Chinese government released data showing manufacturing activity strengthened to a five-month high in May, an optimistic sign amid slumping growth in the world´s second-largest economy. The official purchasing managers index (PMI) reached 50.8 in May, the National Bureau of Statistics said in a statement, up from 50.4 in March.

The index tracks manufacturing activity in China´s factories and workshops and is a closely watched indicator of the health of the economy. A reading above 50 indicates growth. A report Friday showed that US consumer spending dipped slightly in February, but the figures were mostly dismissed by economists who pointed to a large jump the month before. With few other immediate trading cues, investors were looking to a string of data releases this week — including US jobs figures — as well as the European Central Bank meeting. -thenews