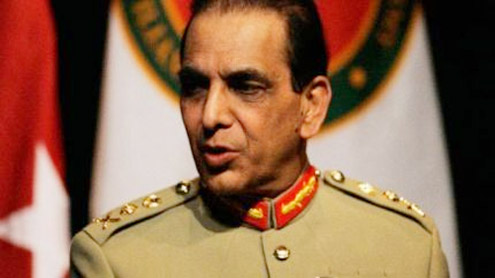 LAHORE/PESHAWAR: Chief of Army Staff Gen Ashfaq Parvez Kayani has underlined the need for providing foolproof security to voters so that they can exercise their right of franchise in a peaceful atmosphere on the polling day.

After getting briefings from heads of all security agencies, the COAS reiterated that the Pakistan Army would provide all required assistance to the civil administration for maintaining peace in the country at all polling stations, besides ensuring safe transportation of ballot papers.Inter-Services Public Relations (ISPR) Director General Maj Gen Asim Saleem Bajwa, while giving details of the army chief’s meeting with heads of all security agencies and the provincial administration, said a total 300,000 security officials had been deployed for the election in Punjab, including 32,000 troops.

He said that army had already transported 92 percent of ballot papers to the district returning officers of Punjab, while the remaining eight percent job would be completed by Thursday evening.To a question about security threats reported to the COAS, he said that the whole country faced security challenges at the moment. “Definitely they (intelligence agencies) have reports and obviously they have made a plan to counter that.”

He said that agencies had made a multi-tiered security plan, according to which police, Rangers and the army would remain present near polling booths. He said that police would ensure that no vehicle was parked within 400 metres of polling stations. “Officials have been deputed at polling stations, who can call in the army in case of any law and orders situation.”

Bajwa said the situation in KP was different from others provinces, and all measures regarding the security plan came under discussion. As per the security plan, 96,000 security personnel, including 22,000 troops, had been deployed in KP and FATA to ensure that election was held in a peaceful atmosphere. He said that foolproof security would also be provided to voters living in IDP camps. – DailyTimes