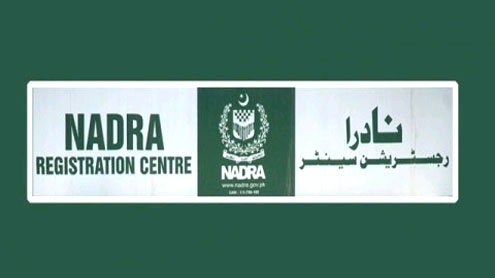 All those overseas Pakistanis, Malik said, who hold a NICOP identity card and machine readable passports would be casting their votes in elections.He further disclosed that 7.2 million voters across the country would fail to use their right to cast their ballot, as they had unregistered identity cards.During an unofficial briefing to foreign journalists at NADRA Headquarters, he said 2.4 million citizens from Azad Jammu and Kashmir, and 570,368 residents from Gilgit-Baltistan would also not be able to cast their votes because of a separate electoral system and structure.

He said young voters who acquired fresh Computerised National Identity Cards (CNICs) after January 15, 2013 in addition to almost 2.1 million deceased people have also been removed from the voter lists.He said 32 million voters have checked their registered votes and constituencies through SMS service initiated by NADRA which was a mega success and the Election Commission of Pakistan (ECP) was trying to get the feat registered as an international record in the Guinness book of world records.

“In past three days, 6.5 million voters have checked their polling stations through this special service initiated by NADRA,” Malik added.He said internally displaced people (IDPs) have also been registered and will vote per their choice; either in their native areas or the place where they are temporarily staying.He further said 37 million voters have been eliminated from voter lists out of a total 81 million registered voters following the verification methodology used by NADRA.