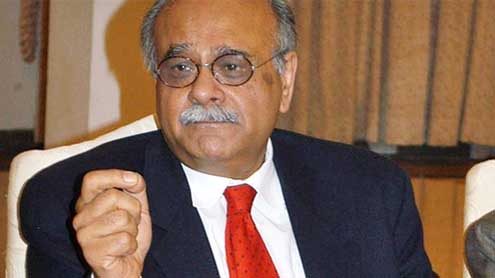 Taking notice of the worst ever outages in Punjab that have stretched for several hours at a stretch in urban centres like Lahore, the country’s top leadership sprung into action on Tuesday. Prime Minister Hazar Khan Khoso ordered an immediate release of Rs 20 billion to ensure uninterrupted fuel supply to power units, while Punjab Chief Minister Najam Sethi announced two weekly holidays to mitigate the people’s suffering.

The government machinery scrambled for relief measures after people in Punjab suffered up to 20 hours-a-day outages over the last several days, apparently due to disruption of gas supply to Uch power plant following an attack on a gas supply line.“What on earth is going on? First my UPS ran out of steam, then there was no gas to run the generator, and the filling station refused to sell petrol when I went out to get fuel for the generator!

However, the electricity was never restored all this time. Has there been a complete breakdown of the system?” an agitated citizen, Ali, told Pakistan Today in Lahore’s Mozang area.“The lights went out for four hours straight!” said Haider, a resident of Garhi Shahu in Lahore. “I was relieved that electricity had been restored, but it was lights out after just one hour. I don’t know what the people’s fault is.”

As citizens cursed the authorities, a high-level meeting under the caretaker PM decided that the Ministry of Finance would inject Rs 20 billion immediately to ensure fuel supply to thermal power plants and partially resolve the circular debt issue.The prime minister also directed that new gas reservoirs be identified for provision of gas to thermal power plants to improve generation, fuel mix and reduce cost of electricity.Khoso also directed WAPDA to begin an intensive drive to recover outstanding dues to improve liquidity and overcome circular debt issue.

He directed the Ministry of Water and Power to take immediate measures to improve power supply and use all available resources to ensure power generation was optimised in order that minimum load shedding was carried out across the country.Ministry of Water and Power Additional Secretary Arshad Mirza informed the prime minister that the main cause of increased load shedding was disruption of gas supply to Uch Power Plant due to sabotage.

The PM said all necessary measures should be taken to secure power installations, transmission lines and power installations throughout the country.“No installation should be left unattended and a security plan should be submitted spelling out detailed arrangements for their protection”, emphasised the prime minister.Khoso was told that load shedding in urban areas was 10-12 hours a day while it extended to 16-18 hours in rural areas.

The prime minister expressed concern over the present situation and desired that there must be a visible improvement in the situation that was possible through better management and resource mobilization.He observed that though the prime responsibility of his government was to hold general elections in the country, it was a duty of the government to provide relief to the people and ensure that basic necessities like electricity were available to them.Khoso was told that the power situation which had worsened two days ago, was improving.

The PM directed the Ministries of Water and Power, Petroleum, Interior and Finance to firm up short-term and medium-term plans with a view to minimise load shedding in the country, so that routine life was affected the least.In Punjab, caretaker Chief Minister Najam Sethi assured reporters that load shedding in the province would be reduced drastically in a few days’ time.“I have spoken to the prime minister and he assured me that power outages would come down to eight hours a day in a few days,” Sethi promised. – PT